England are excellent front runners to be fair to them and I wouldn’t fancy any team to come back and beat them after going down. They'll need to start the game against France (and anyone beyond that) far far better though, Senegal had two chances that you'd back the top teams to get at least one goal from.

Job done. Now for the litmus test of where this England team really are v France. Saturday night will bust all viewing figures.
N

Still not use to watching England comfortably working their way through a Football world cup...

Of course France will be a diffrent test. But loosing to good opposition is ot a bad thing really.

ncurd said:
Still not use to watching England comfortably working their way through a Football world cup...

Of course France will be a diffrent test. But loosing to good opposition is ot a bad thing really.
Click to expand...

It's really par for the course since the draw came out - 4 v 5 in the FIFA rankings except France are the defending world champions. But agree apart from the USA game, which was by far the worst performance, all the other games have been relatively comfortable compared to past world cups.

Historically whenever England come up against a team with a special generational player like Mbappé, we've been on the wrong end - thinking of Maradona, Zidane, Ronaldo, Cristiano R, Ronaldinho. France definitely start as favourites. But then history is only guide and the patterns there to be broken. I think these are the big games to really look forward to because they don't happen that often.

Some bad news to bring you on what has been a positive night...
We now know the reason Raheem Sterling was missing for England tonight. Armed intruders broke into his home in the UK while his family were there.
Naturally concerned for the well-being of his children, he is returning home. The BBC have been told there will be the opportunity for Sterling to return should circumstances be right and allow it.
Click to expand...

Oh wow. Pretty complicated to do something like that on that type of heels! 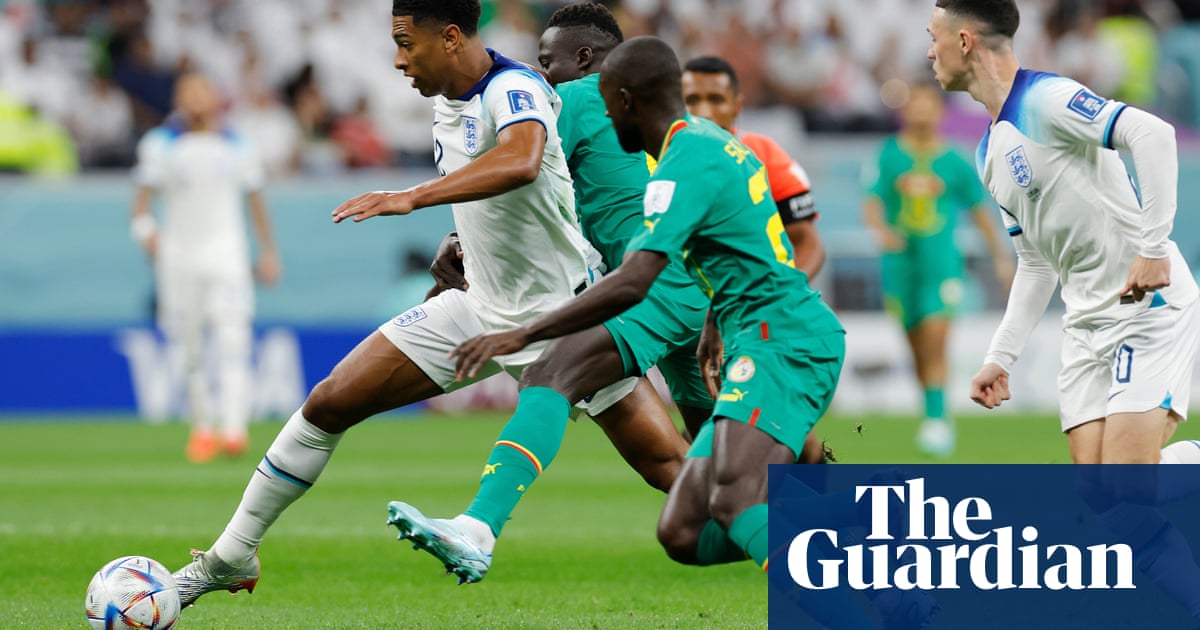 England’s midfield sensation was magnificent in difficult moments, a source of control when it was close to the edge

Hope he does stick with those 3 in midfield. But the thought of Dembélé running one on one v Maguire fills me with dread.

I think Stopping Griezemen to supply Mbappé close to England’s goal will be the key from a defensive POV. Think they are gonna need to double up on Mbappé when he gets the ball.

Bellingham probably added another £50m to
His valuation after last night. And more if he turns in another outstanding performance v France.

Still haven't really seen Brazil play yet and won't later either in all likelihood. France and England have been the best teams I've seen so far but presume Brazil are right up there based on the noise around them.

Japan v Croatia is the only game left without a side I think have a legit chance of winning the competition.

I think I'd tier it like this:
Brazil, France
England
Netherlands
Argentina, Spain, Portugal

England look a bit better than the Dutch going forward who in turn seem more settled than the rest. I'm getting excited at the prospect of 250 quid in the work Sweepstakes though! 🇫🇷

England's slow defence keeps getting caught out by fast runners or counter attacks. We have been lucky so far as most of the shots have just missed or been saved but they really are not doing enough to close down attackers. I wouldn't bet on France not scoring if we give them the same opportunities.

Yeh Brazil I haven’t been that impressed with yet. But thinking they are keeping their powder dry for the knockout stage. Losing Neymar did not help but then it meant Brazil could not rely on him the way Argentina rely on Messi.

He’s reportedly back for tonight’s match but how fit he will I am sceptical.

And we’re into ET for the first time this WC.

Modric is amazing - 37 Yo but running around and amazing shots like he’s still 27.

Penalties it is. And Modric is not taking one.

I like it when I don’t mind which team wins. Although I am edging towards Japan.