Pretty much. Difficult to see City not picking up 7 points from last 3 games.

Allison the hero of the penalty shootout. Great save from Mount.

BT sport livestream of Europa league final - Franfurt v Rangers. Half of Glasgow will go mad if they pull it off.

And the Germans win on penalties.

So Everton safe. Down to Leeds or Burnley to go down on Sunday. 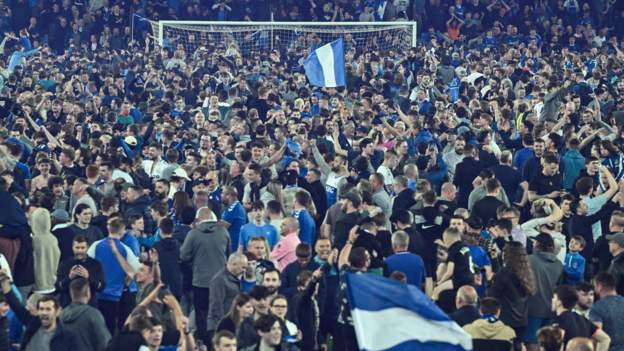 Pitch invasions and violence - what is happening?

BBC Sport recaps a week of pitch invasions and violence in football as managers express concerns for safety. 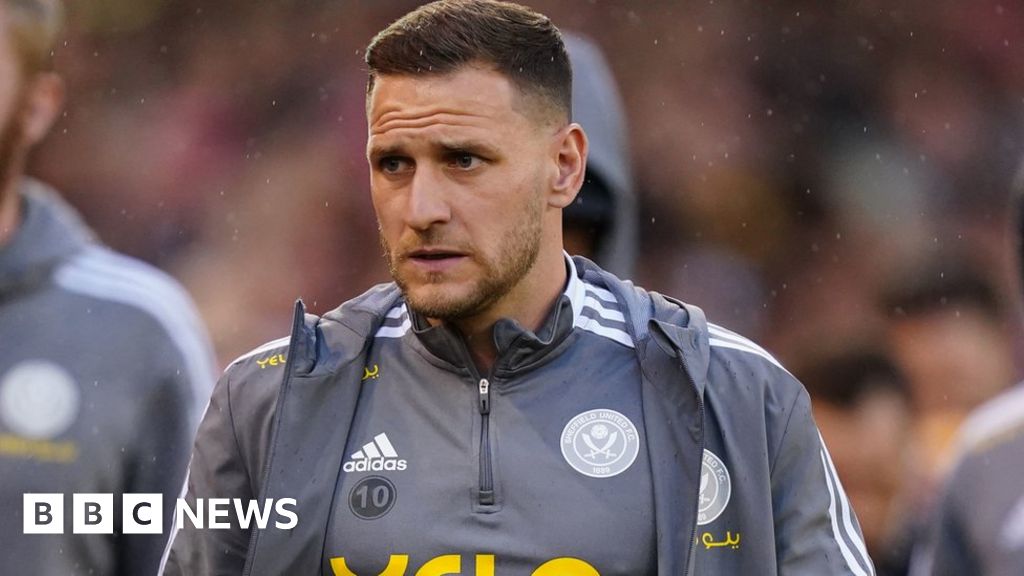 Sheffield United captain Billy Sharp was assaulted at the end of their match with Nottingham Forest.
www.bbc.co.uk

More worrying signs though that football is going backwards

Quadruple back in Liverpool's hands now? Can they score?

what the hella villa

Well, glad Man City went and won it. Rather than losing/drawing and then Liverpool drawing. It’s the hope that kills. Deserved champs at the end of the day.

Now to see if Thiago injury - if he is ok for Champions league and fully fit squad.

So gearing up for tomorrow's CL final. Either massive elation

. News coming through that both Fabinho and Thiago should be fit, but whether Klopp risks the latter is another matter. I am thinking he starts Henderson, Fabinho and Kieta in midfield and then bring on Thiago off the bench. Finals tend to be cagey affairs and expecting this to either be a 1-0 or if it does go ET then penalties

. Liverpool have a much better team compared to 2018, especially options off the bench and we don't have Karius in goal like last time.

Come on you Reds!!

Pretty much full strength from both sides. Shame super sub Origi misses out.

kick off delayed until 8.30pm. Still, right decision to allow Liverpool fans outside in.

I can tell you one thing: i am not looking forward to a rwc in france after that.
W

Cruz_del_Sur said:
I can tell you one thing: i am not looking forward to a rwc in france after that.
Click to expand...

Should be fine I reckon. Different kettle of fish the champions league final I’d say but I know what you mean

I get it. My comment might not apply to all audiences, granted, but my guess is it will have quite an impact on a few no-so-tiny niches.

Say you are a parent, in Europe, you love rugby, you bring your kid to the club week in week out and you were planning to take your u16 son/daughter to the world cup, their first. All excited about it, bells, whistles, the lot.
Well, I am pretty sure more than one of those will reconsider. Say you were planning on taking the misses with you. Same.

The images were appalling. I am not a stranger to getting mugged, robbed, beaten at a stadium. I understand the risks. But i saw something else here. Again, the videos were heartbreaking. This were not prima donna's complaining that the riesling served was not chilled properly and it didn't pair well with the beluga. No. These were people who go to the stadium every single week, not hooligans, but people who are used to crowds, know what the signs of danger are and how to avoid them. These same people are now crying on national tele because of what happened. Either all liverpool fans suddenly transformed into snowflakes or this was something else. I am inclined to believe it's the latter.

I know 5/10 people relatively close to me for which this alone made them change their decision to go to the WC.
Anecdotal evidence, i know. Stil..