Still, trust in Klopp, but concerns of midfield and not replacing Mane. Nunez’s crazy head butt and match ban compounding things. Hope not a repeat of 2020/21.

And out goes Tuchel.

that they just hired Brighton's coach is wild. Was enjoying Chelsea being bad though.

Not enjoying Liverpool being bad. Looking like it could be another hangover season like 2 years ago, unless key players start firing and get players back from injury.
W

Welsh Exile said:
Not until Wales knock out England in the last group game.
Click to expand...

You boys don’t stand a chance. Might as well just give us the 3 points in that game now. 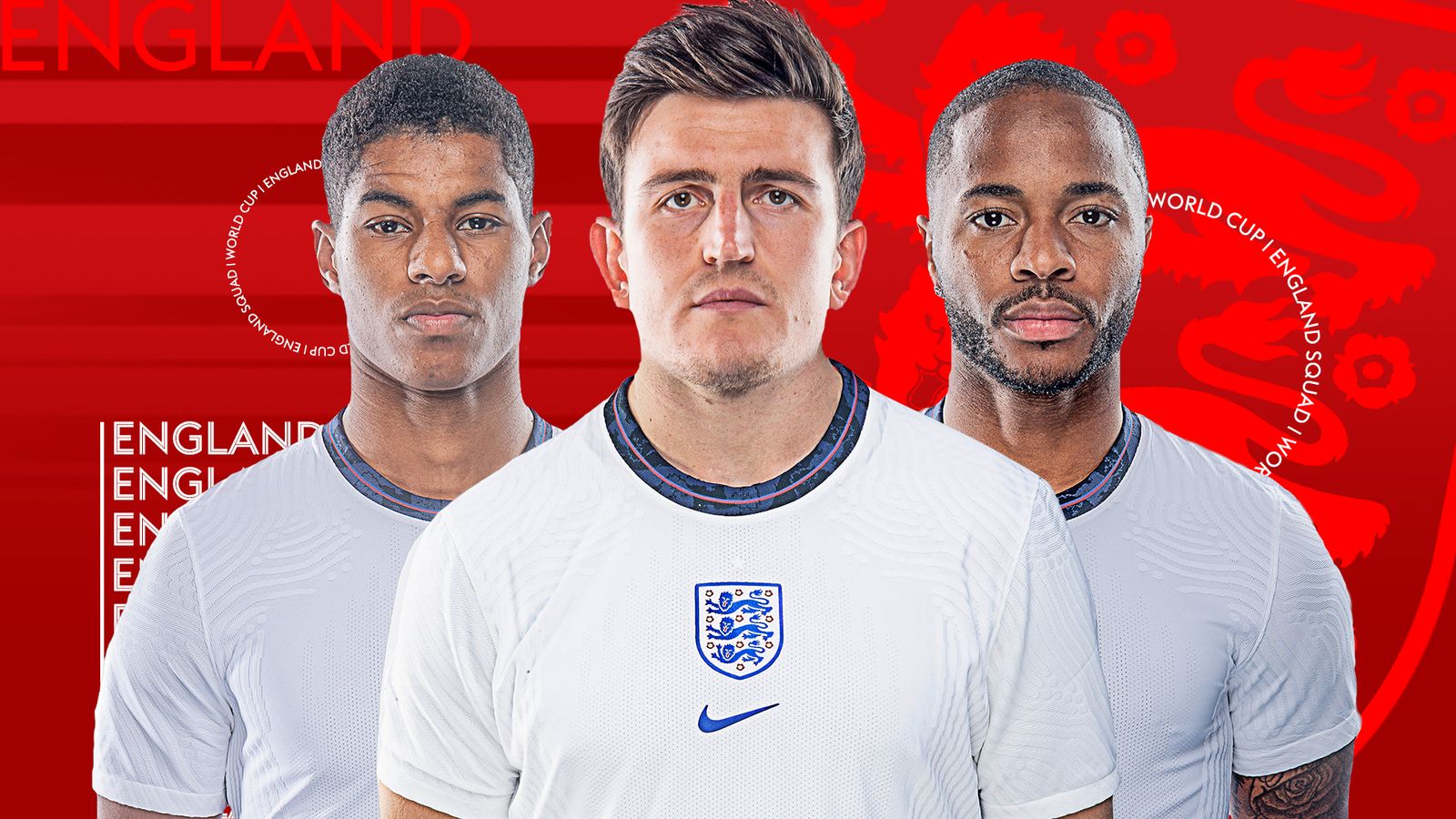 If he does play Bellingham where does he play him? Alongside Rice in a central 2? Personally prefer a 3 man central midfield as England historically always seem to struggle and get overrun/out passes here.

Also this time away from the home comforts of Wembley, which was so advantageous last year.

Picking McGuire and Shaw who have hardly played for Man U stinks of relying on past performances from last year’s Euros.

Not a fan of McGuire, who I think is limited to playing well on the left side of a back 3 really. Too slow to play higher up the pitch in a pressing 4-3-3. No wonder his club manager has dropped him.

An issue of having too many choices and relying on getting there and figuring it out as the tournament progresses and switching between formations depending on the opponent; doesn’t help with consistency and continuity. But flexible. Criticism of England is inevitable and deserved after defeat by Italy sees Gareth Southgate's side relegated from their Nations League group, writes Phil McNulty.

Looks like he may change individuals for this match after short turnaround, if anything to look at others to make the squad.

But interesting that England still lack that midfield general or playmaker to really set the teams tempo and provide that link between defence and attack.

Bellingham is only 19 and lacks that experience to really take an international game against the top teams by the scruff of the neck. Probably too soon this World Cup. He’s also more of a box to box midfielder in the Lampard/Gerrard mode. 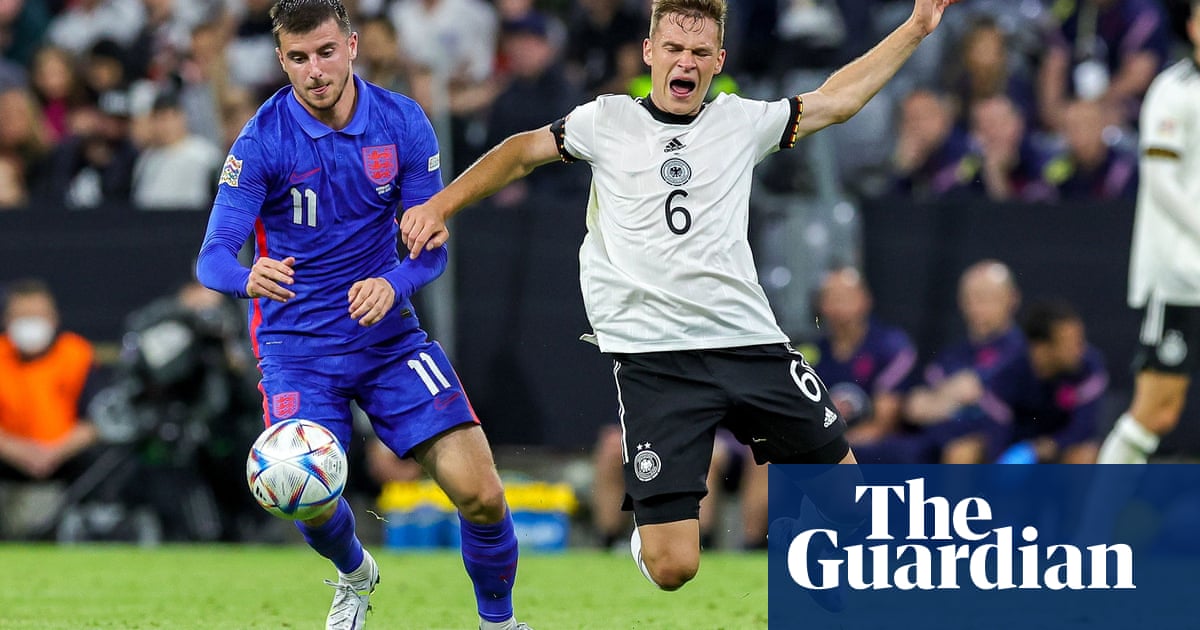 Picks Slabhead, who can’t get game for Manure, who gives away a penalty and then the ball high up the pitch which leads to Germany’s second goal.

All England goals conceded were from silly errors.

Very impressed with Bellingham though.

Can’t see either going on to win the WC.

we need Ireland to win tomorrow and Scotland to lose. UEFA to agree to allow for good old home(ish) nations group.

My own takeaways from last night:

1. Pickford is guaranteed pick and England have no real backup in goal.

2. Southgate is adamant playing 3 at the back, certainly v the top teams in the knockout stages.

3. Why does he persist with McGuire?

4. His baffling omission of Trent Arnold.

5. England are suspect defensively whoever he chooses in the back 3 and at wing back. Although I do think Shaw starts at left wing back.

6. Against top teams England don’t control
The midfield and will ultimately cost England in the knockout stages (if they get there) v top teams.

6a. Lack of that midfield general to set tempo, which Southgate admits England don’t produce that type of player just shows this is long term issue, which PL clubs and grassroots have not addressed. Hence playing only 2 central midfielders will end up England getting overrun there eventually.

7. No surprise England are very good at counterattacking. But have to wait until they are behind or game opens up in second half.

8. I don’t envy Southgate. He’s on a hiding to nothing in Qatar with certain players, he’s loyal to out of form or not getting enough playing time with their clubs.

My prediction for Qatar WC, scrape a narrow nervy win v Iran, draw v US and draw v Wales. Top group B on goal difference, play Senegal in last 16. Scrape through on pens. Face France in QFs and get knocked out either in ET or on Pens. Gareth quits, as he’s taken England only so far.
Last edited: Sep 27, 2022 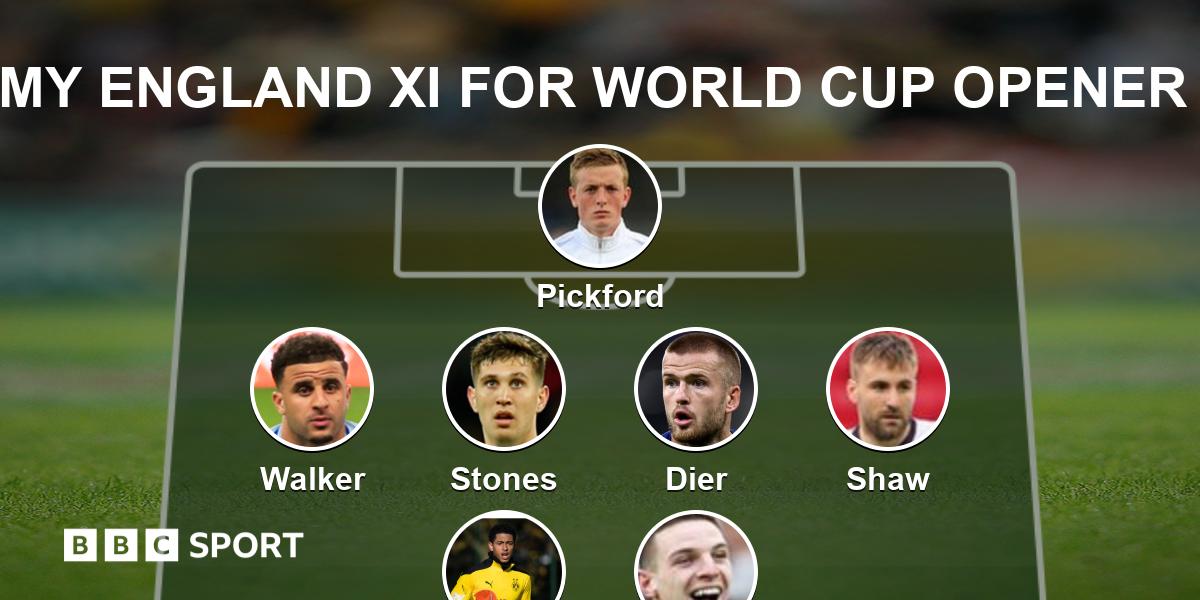 Select your England XI to start against Iran in the World Cup
team-picker.files.bbci.co.uk

Going by last year’s group stage Southgate did choose a 4-2-3-1. So he could choose the above team. Hopefully he drops McGuire.

Shame he didn’t try Tomori. Haven’t seen him play but playing regularly for champions of Italy AC Milan. And he’s got to be better than Slabhead on current form.

I agree with Lineker:

Feeling good about the cup now. English and welsh players won’t be able to afford food and the Iran team might be in jail.

die_mole said:
Feeling good about the cup now. English and welsh players won’t be able to afford food and the Iran team might be in jail.
Click to expand...

How is USA’s form going into the world
Cup?

Bada-Bing! said:
How is USA’s form going into the world
Cup?
Click to expand...

Guys just don’t have any life when they put on the US jersey. Aaronson and Adams don’t look anything like they do at Leeds. Gregg the bald fraud isn’t even choosing the best MLS players. Jordan pefok is the best American striker but can’t get in the squad. Hopefully the stakes of the cup get the guys to wake up but the camp doesn’t seem like a good place right now.