Gregan bows out on top 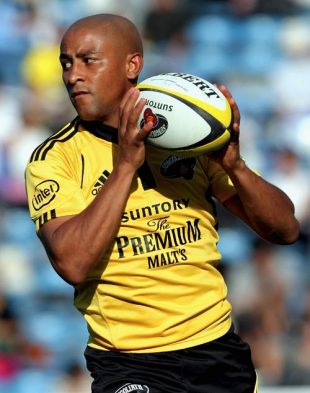 Australian rugby legend George Gregan brought the curtain down on a glittering playing career by helping Suntory Sungoliath to a 37-20 victory over Sanyo Wild Knights in the All-Japan Championship final at the Chichibunomiya Stadium in Tokyo.

Gregan appeared off the bench as a second-half replacement for Atsushi Hiwasa and maintained his record of having won some silverware for every team he has played for. Gregan can now add the All-Japan crown to the World Cup and Tri-Nations ***les won with Australia, the Super 12 winners' medals he achieved with the Brumbies, and the French second division ***le he claimed with Toulon.

"That was a great way to finish my playing career not just as a professional but with Suntory," the 37-year-old Gregan said after the game.

Suntory coach Eddie Jones was full of praise for the veteran No.9, adding, "He is a great player and I am lucky to have coached him."

Tries by Ryu Koliniasi Holani and Sam Norton-Knight had seen Sanyo close to within nine points at 29-20 - having trailed 24-4 at the break. But Suntory's defence held firm over the final 20 minutes as the Sungoliath secured its fourth All-Japan ***le, and first since 2002.
Click to expand...