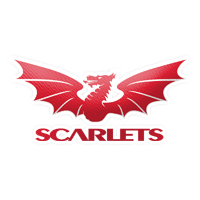 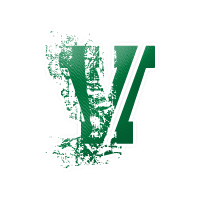 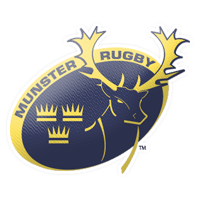 Looking forward to this game. Great chance for the Scarlets to further strengthen their position in the group with Munster missing a few cruicial players in the backline. Always a threat that Munster will overpower the Scarlets up front, but the Scarlets forwards are coping better this season than last. There is doubt over North and Jon Davies' fitness, but it sounds as if both will be ok.

It'll be interesting to see who Nigel Davies' selects at outside half and fullback. Stephen Jones or Priestland? I'd expect Priestland will start, with Jones on the bench if needed. Will Davies try to shoe-horn Lamont, North and Iongi into the back three? I don't think he will, instead I think Lee Williams will be brought back in at fullback after impressing so much this season. I always feel that a genuine fullback is the way to go if there's one available.

North has been ruled out of the game. Newton comes in at fullback with Liam Williams shifting to the wing. I don't get why they didn't simply bring Iongi onto the wing, keeping Williams at fullback where he's been so good this season? Strange decision. North is a big blow, but there's still masses of attacking talent in the Scarlets backline.

C'mon the Turks. This should be good.

On a dour note, how can they still not fill PYS for this game. Scarlets are going well in this comp, its a top tier opponent and yet the people of Llanelli can find something better to do. And it better not be at Stebonheath

It's a much better crowd than Cardiff got yesterday, but I agree - would've hoped for a sell out really, especially with Munster bringing (apparently) 2,000 with them

Its a problem with Welsh Rugby, we have a lot of fans who as soon as we do well nationally get all excited and pack out the Millennium for an International but seem to refuse to go to CCS, PYS, LS or Rodders for a domestic game. Money obviously is one reason but I'm not 100% conviced seeing as more people pay more to see Cardiff and Swansea FC every other week.

Scarlets look well up for this - Munster still on the plane!

Been a good game this so far. Still Llanelli on top

Leamy on for O'Mahony at half-time. Not too bad really as O'Mahony was quite quiet.

This is looking like the last couple have gone, kick in the last minutes

11 - 11 now. Scarlets starting to get into the swing of things again. Scarlets just attacked from their own 22 and only because of a bad pass they didn't score. Also, Chambers has been non-existent, bring on Barnes.
Last edited: Dec 10, 2011

11-17 to Munster. Poite got caught between a tackler and an attacker.

Heard a crazy stat, don't know how true it is - before today's game Munster had won 13 in a row against the Scarlets. Make that 14.

Scarlets blew that. Poor kicking from Priestland ultimately cost them.

Thought they were a little hard done by the ref in the first half, being called back for two forward passes that were perfectly fine. Ultimately they just weren't quite good enough, with a few players having poor games, such as Priestland and Jon Davies.

Scarletts were sort of robbed...but then again. Defence deserves a win, so there you go.

Considering the injuries Munster have they are grinding out these wins very well. I don't think Munster were anything more than solid and smart. Other than there defence and scrum nothing was overly good but I think their nature of forcing a win and keeping the scoreboard ticking is working well.

Gavin said:
11-17 to Munster. Poite got caught between a tackler and an attacker.
Click to expand...

And gets up and carries on.

Thought they were a little hard done by the ref in the first half, being called back for two forward passes that were perfectly fine. Ultimately they just weren't quite good enough, with a few players having poor games, such as Priestland and Jon Davies.
Click to expand...

Really annoyed about this because the first one changed the momentum of the game and gave the opposition territory and attacking position. It settled them down at a point in the game when they were rattled. But, as you say, the Scarlets just weren't sharp enough, missed relatively easy kicks, lacked composure in key attacking moves and against the winners that are Munster, you've got to take your chances with clinical accuracy. Disappointed.

Congratulations to the Munster fans on here though, you've got one hell of a team.

Cofi said:
Congratulations to the Munster fans on here though, you've got one hell of a team.
Click to expand...

Wouldn't go that far. We've a lucky team and a fly-half who is on top form.