How do you choose the team that you support?

Morning all, I was just wondering for which reason you support your team( s)

Is it for the players who currently play there, for the (long) history of the club, because they are just the best etc....

AB (I lived in NZ so pretty obvious)
Chiefs (I lived in Rotorua)
Crusaders ( just really like McCaw, Carter and Williams)

Currently I also start to support Wellington, as they have some great players and bring some awesome rugby

Fiji, samoa, Tonga: underdog countries who play with their heart and soul and bring powerfull rugby, just lovely to watch

Scotland: Dunno, just support them when they play

So what's your 2 cents
Q

Australia: Born here, why would i support em
Ireland: Parents were born there so support them when they aint playing the wallabies

I always support the local side, brisbane/queensland in any comp.
B

I started supporting them AB, cause the first game I ever saw was AB vs England, where King Tana led his squad into victory
J

Also anyone that plays against England be it the Springboks, Wallabies whoever because I've got English blood but apparently being Maori I'm not allowed to be known as English so F#@! em.
T

Dunno why people support a national team when they're not even from that country, and living there for a bit doesn't mean anything, anyway...
All Blacks - Born in Christchurch, proud to be Pākehā
Canterbury - Cantab thru and thru
C

Becos the country that are from sucks at rugby. Like me - Singapore
B

Bandwagoner, support your country or you are no better than Hitler.
B

Both my Maori friends as my Pakeha friends consider me as a Kiwi and for obvious reasons I should only stick with Waikato and the Chiefs but I like rugby in general. at least once a year I'm flying over and if I fidn a decent job that pays well I'm thinking of staying there.
A

Hi brother how are you

I see you asking quite thematical question: what drives you to support either team, good question.

Georgia is the country I belong to with my heart and soul, so Georgia first
Here it is my Georgia :cheers:

And what about Clermont famous Georgian Davit Zirakashvili plays there and It's clear I think:

And what about England, Ireland, South Hemi's countries, they play amazing rugby and thats the reason I like them.

Cheers and thanks for Intellectual question :cheers:
J

I think it's cool that you support another country and place and consider New Zealand as your 2nd homecoutry because thou I'm from New Zealand I kind of consider Australia to be like my home away from home. I only lived there for 2 years but it was 2 years of the most relaxing and best times of my life to be honest.

I still won't support any Australian teams thou, but as a country I think they've got it sorted compared to New Zealand.
G

England - obvious. Born and bred. UK is the same for Olympics and suchlike.

Also have a soft spot for Ireland cos I have family there and Fiji cos they're cool. But I don't support them.

Saracens - I used to be into knights and castles when I was 5/6. My dad used to take me to Wasps games, and one time we went away to this team called Saracens, and all my knights used to fight against Saracens, so I thought they'd be pretty cool to support.

Richmond - Played for them since age 6, been a ballboy Â£4 per game!, I remember helping out a lot for free as well when they were in administration and I still go to every home game that I can get to.

Chiefs - Played them in Rugby 06 World League and always semi-followed them since.

Aston Villa - Dad's family is from the West Midlands, Grandad supported them and gave me a scarf when I was about 3. Of course my dad bucked the family trend and supports Birmingham...

Inter - Love the colours, the fact that they're an Italian club without a history of corruption and nothing to do with that prick Berlusconi, and also I won loads with them on Champ Man.

I don't support Brentford, but they're my local team and its nice for them to do well.

Middlesex - Born and bred. Remember Justin Langer signing an autograph for me; a young Strauss and Ramprakash be for he traitored...

I also sort of follow Green Bay Packers in the NFL, basically cos they're a cool team, totally owned by their fans. I've got the Favre 4 shirt (before he went to the Jets this year...) Personally I think NFL sucks dick as a TV spectacle because of all the stoppages, but watching the 10 min highlight reels on the website is awesome, condensed its one of the most entertaining sports around.
B

Big up Lesko and Jawmalawm, thank you for the kind words.

Just a s you enjoyed your stay in Oz Jawmalawm, I enjoyed every minute of my stay in NZ.
I'm back the 27 December till 26 th Februari, maybe ( cause we 're going down South) we can catch up in Wellington, grap a Speights and maybe see a Hurricanes game . 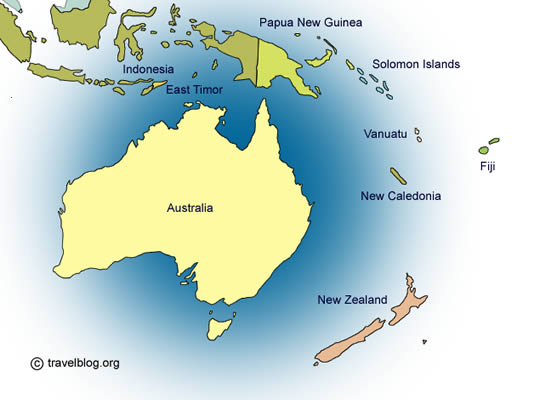 grap a Speights and maybe see a Hurricanes game .[/b]
Click to expand...

I think it's cool that you support another country and place and consider New Zealand as your 2nd homecoutry because thou I'm from New Zealand I kind of consider Australia to be like my home away from home. I only lived there for 2 years but it was 2 years of the most relaxing and best times of my life to be honest.

I still won't support any Australian teams thou, but as a country I think they've got it sorted compared to New Zealand.[/b]
Click to expand...

What part of australia did u live in
A

I'd like to live in each city of Oceania

What about you? which city you recommend?
C

Cardiff Blues - To many Turks (Nickname for Llanelli people and fans), up me end because West Wales is apart of the Scarlets region! Also the fact that back in the days Cardiff had a pretty amazing team that failed to really win anything! Howley, Jenkins, Gareth Thomas, Humphreys etc! Was a massive fan of Neil Jenkins and Jonathen Humphreys and both played for Cardiff so I just followed them!

London Welsh - A great club back in the days. Produced and was home to many of the greats of Welsh rugby talents! Its a shame to see them where they are now. Mind you they have kicked the season off well 3 wins in 3! Come on the Dragons!!!

Celtic Crusaders - Got to support my local rugby league side. Done well since their formation and they must be credited for the work they have done thus far. Its a long road ahead and the more supporters they can get in Wales the better!

St Helens - I owe this to Dan as he converted me into a RL fan! Had a brillaint time during MM where I sat with the Saints fans and was amazed how enthusiastic they were! Play an attractive style of ball game also!
S

France - learning French in school and I got interested in the culture and the country. Besides, they play some excellent rugby when on form...

Scarlets - First watched them in the EDF semi final victory over Bath in 2006 (I think). I loved it and have watched them ever since.

Toulouse - very exciting side to watch. Their backline is excellent and their backrow oozes talent aswell. Besides, the Top14 Final last year was the best club match of the season; perhaps even best match in general! - imo.
J

Well, I support South Africa, obviously, as i was born here, and have lived here my entire life. But in club it gets a little interesting.

It might seem strange, but even in the Super 14 i support South Africa as a whole. If i had to choose a South African team to win the tournament, i would choose the Stormers, because i like the way they play. But, say for instance the Stormers are already out of the tournament and only have a game left against the Sharks, who could still make it. I would support the sharks. So yeah, i support all our teams in that competition.

In the Currie cup, i support Western Province. But again, i am not as big a currie cup fan as i am a Super 14 fan, simply because i love it when international competition is involved. Derby's between Johannesburg and Pretoria don't really grab me that much. So yeah, thats my take.

My second International team is England, because my father is British, and thus half my family live over there. In Soccer (football) England are actually my first team, and i would support them over South Africa because quite frankly, our soccer team is filled with a bunch of useless township specials, who absolutely suck ass.
S

Born in SA, so supporting the Bokke was a given, but a given honour to be associated with such a great team.
Natal - I was born in Western Transvaal but we moved down to Natal before I turned 1 year old so my loyalities are most certainly with the Banana Boys (...yep that's what the Sharks were called before lol). I was actually a Natal fan before I became a Bok fan. I grew up watching Natal legends like Andre Joubert, Ollie le Roux, Henry Honiball, Cabous vd Westhuizen, James Small, Dick Muir, Joel Stransky, Kevin Putt, Gary Teichmann, Adrian Garvey and Mark Andrews; so that really drove it home for me. To top it off Natal were dubbed the team of the 90's in SA. Man, they were awesome.

S
Which other teams do you support?
2

K
How do you sprint faster?