NFL draft set to go ahead amid dispute with players 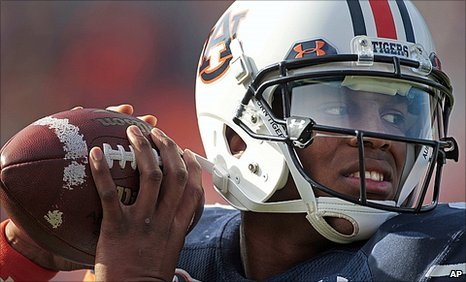 The 32 NFL teams will choose from the cream of college talent on Thursday in the league's annual draft.
Click to expand...

http://news.bbc.co.uk/sport1/hi/other_sports/american_football/9469993.stm​
Can be watched from 1am on ESPN.

Deffo staying up to watch my boys the Cowboys draft.

10. Blaine Gabbert, QB, Missouri, to the Jacksonville Jaguars in a trade with the Washington Redskins. The Redskins get the 16th and 49th overall picks.

21. Phil Taylor, DT, Baylor, to the Cleveland Browns in a trade with the Kansas City Chiefs. The Chiefs pick up the No. 27 pick and the Browns' third-round selection.

26. Jonathan Baldwin, WR, Pittsburgh, to the Kansas City Chiefs. The Ravens ran out of time and the Chiefs leapfrogged them.

Shock that Locker went to ***ans, and surprised were Ingram went.

I'm glad the Bills went with Dareus, guy looks like a beast and in a critical position for them where they need serious help. Fitzpatrick can hold the fort down at QB, help was needed on both the offensive and defensive line.