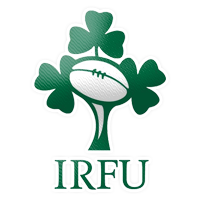 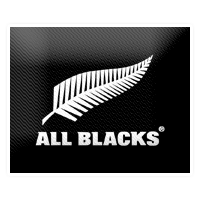 The match of the weekend. Looking forward to this one.
T

Can't wait to see this one play out.
Ireland will be very keen to do it again on their home soil.
The matchday 23 for the third Test of the Vista Northern Tour is (with Test caps in brackets):

In the forwards, the starting front row from the first Test against Ireland of props Joe Moody and Owen Franks and hooker Dane Coles, has been bolstered by the return of senior locks Brodie Retallick and Samuel Whitelock, while in the loose forwards, captain Kieran Read returns at number eight, while last week's captain, Sam Cane, is alongside him in the number seven jersey for his 40th Test. Regular blindside flanker Jerome Kaino has been ruled out with a mild calf strain, so Liam Squire will make his third Test start in his eighth Test, in the number six jersey.

In the backs, halfback Aaron Smith and first five-eighth Beauden Barrett will start their eighth Test of 2016 as the starting inside pairing, while second five-eighth Anton Lienert-Brown and centre Malakai Fekitoa will play their second consecutive Test in the midfield. In the outsides, Ben Smith is at fullback and Israel Dagg on the right wing in what will be the 60th Test for both, with Julian Savea in his regular left wing jersey. The replacements bench is hooker Codie Taylor and props Wyatt Crockett and Charlie Faumuina, lock Scott Barrett in his third test of the Tour, loose forward Ardie Savea, halfback TJ Perenara, first five-eighth Aaron Cruden and outside back Waisake Naholo.

All Blacks Head Coach Steve Hansen said: "As expected, there is huge excitement and anticipation within our squad ahead of this weekend's Test against the Irish. While there was obvious disappointment at the loss in Chicago, disappointment doesn't win Test matches - it's about having great preparation and attitude, and delivering on the day.

"We know the challenge we face from Ireland will again be massive and we are going into the game as the underdogs. They'll be full of confidence and committed to delivering on their home patch. So we will have to take a massive step up, to get the performance we are looking for. It is a challenge that this team needs right now and how we respond will tell us a lot about ourselves. As I said, we are very much looking forward to Saturday."
Last edited: Nov 17, 2016

I give NZ the edge in this one.
M

Just on side note Anthony Foleys family are doing An8For8masses campaign. But this week was a trubute to Janah Lomu who was number 8 againstAxel on his first game vs NZ schools.
He's a year gone now. Lets not forget the big man this weekend.

I also think NZ is going to win this one. Ireland is good, but I don't think they are good enough to beat NZ two times in a row.

Sotavalta said:
I also think NZ is going to win this one. Ireland is good, but I don't think they are good enough to beat NZ two times in a row.
Click to expand...

I don't know anymore. Ireland beat NZ on a Neutral field in a foreign country. Playing in Ireland at home will give the Irish a much bigger advantage.

Then again, NZ will be out for revenge, so Ireland might feel their wrath.
T

Having Brodie Retallick back should be a boost as we can put Kaino back into the no.6 position where he is best.
Hopefully Perenara will get the nod to start the game at halfback.
I daresay Savea will be in the starting XV again... if he has a big game that will be worth it otherwise... that Reiko Ioane looks a class act too.

You are right heinie, Ireland have home advantage and that still counts for a lot in rugby.

It will be awesome if Ireland do it again, but just can't see that happening. Hope i'm wrong.

TRF_heineken said:
I don't know anymore. Ireland beat NZ on a Neutral field in a foreign country. Playing in Ireland at home will give the Irish a much bigger advantage.

Then again, NZ will be out for revenge, so Ireland might feel their wrath.
Click to expand...

Yeah I think NZ is going to win this one because they are going to want revenge. Also they are still the best team in the world. I still think it is going to be a close match.
M

Lads who'd have thought NZ would be doubtful of winning this game. Shows how far we've come here in Ireland.
I'd be hopeful we can sneak it again
M

We have to be careful, still a bit of wear and tear creeping in after a long grind of a season and the Irish will want to repeat Chicago's performance in front of their faithful. Waiting on the team sheet to make a final call, but my gut tells me we will be ruthless.

I am saying NZ by 10. Might change with team announcement.

Ireland by 30 points, 12 years of world dominance and at least two world cups (New Zealand by 8, but it all depends on how we match the intensity of last week and keep them guessing like we did last week with clever varied play that matched our strengths against their weaknesses. Return of their second rows will be very big, but line out wasn't even the weapon I wanted it to be last week with Retallick et al missing. Our team will hopefully be marginally stronger than last week.)
L

arguably the test of the year for me.

Chicago was a bit of a mish mash selection for the All Blacks with injuries and the team didn't really front. I expect that the strongest team will be selected this week and they will have no shortage of motivation.

key for the AB's is to start strong and not give away early points. If they can do that then we should win comfortably.

Selection will be interesting. Hopefully Whitelock is back, Retalick too, Perenara starts, Dagg returns to the wing with Naholo who is just much more consistent than Savea, Kaino back to 6 and we also go for our strongest bench.

Thats kinda how I would pick it, selectors may go with SaveaJ and they seem to like Squire. Luatua is also a good bench option as he covers lock/6/8 Todd could be a good option over SaveaA. Scott Barrett may have demanded another selection as one of the better performers in Chicargo.
But all round, even with a few changes to above it will be a much better team than Chicago.

Only concern is that some players are looking flat/tired at the end of this long season. I mentioned it back during TRC that playing our #1 team weekly would cause fatigue issues later. We clearly could have given a few key players a week off here and there. The players that got Overworked Crotty, Smith, Whitelock, Retalick, Read, Cane, Dagg, Barrett have basically all experienced recent injury or form dips. Hopefully the week off has done Barrett, Read & Smith some good. They plus Retalick are our Key players.

Goal Kicking has to be discussed again. barrett is without a doubt the best playmaker in the world right now but needs to nail the regulation kicks. Hopefully he has a good day.

Winning streak gone, no World Cup on the horizon, about as far even from the RC as you can be in the international cycle, there could be some serious psychological challenges in terms of motivation for these players. Interesting times

Im thinking it was fluke but letÂ´s see if Ireland can say something about that.

I feel that NZ will win this game, BUt Ireland will make them work for it.

Def game of the weekend.

The Irish pack is looking very good...and i give them the edge over the NZ forwards...the Irish backs ( and forwards) were awesome defensively in Chicago as well so NZ will need to change things up offensively...and for that reason (call me a one eyed Chiefs supporter) but Cruden really needs to start at 10...we need to do more than just pass from side to side, that's fken boring and too easily read..

...one of the biggest criticisms in Chicago was we were too predictable ...Cruden will keep the Irish backs guessing...they won't be expecting him or his deft passing and strategical kicking game....he is arguably the form standoff after MOM masterclass performance against Italy not to mention 100% winning record of all the games he's started at 10 for the ABs...45 caps is nothing to be sneezed at...
...he has the vision not to mention superior leadership skills - World Champions NZ U20s side captain Manawatu and the Chiefs captain- leadership something that was also deemed to be lacking in Chicago..

Barret is good but i think Ireland have got his number...he has had two poor games in a row despite being named player of the year and may be showing signs of burnout.... so i would start him off the bench like in the good old days when we used to win everything with that configuration..

Dagg over Naholo for mine also and Savea on the other wing...Unlikely Reiko will start after only debuting against Italy but i would be tempted to use Iaone over Savea..

We have a problem in the centres as well with all the injuries which is particularly concerning so the Irish may be able to exploit us there...very bad timing for Crotty, Ngatai, Moala, SBW all to be out injured after Conrad Smith and Nonu have left as well...our centre stocks have never been so sorely tested...Fekitoa will definitely have to step up and have an absolute blinder this weekend...

Not much between the two sides TBH...the Irish play with a real passion and will have home advantage so it's going to be no walk in the park for NZ...lets hope Hansen gets the selections right for us..
You must log in or register to reply here.
Share:
Reddit Pinterest Tumblr WhatsApp Email Link
Top