I have lots of time for questions people ask me, but one thing I could say when answering the first questions it to know the usual facial expressions that each fan has. They are all pretty varied and colourful but each nation's fanbase have unique facial expressions which, if you are colour blind or stuck in a place where jerseys are frowned upon, it is vital in order to assertain what nationality the fan supports.

And so, onto the guide!

EXPRESSION ONE: THE ANDREW ROBINSON
USED BY: ENGLAND FANS

England fans have a hard life, watching like a modern day Dick Dasterley all of their well laid plans turn to dust can be very frustrating especially with the sledging from other fans. Thus usually, England fans can use one of two facial expressions at their disposal. The first is the usual Andy Robinson "angry" face because, well, it is pretty damn annoying that England have picked Ballsack again and also, you'll probably be in the process of burping while pulling the face which only adds to the...angriness... 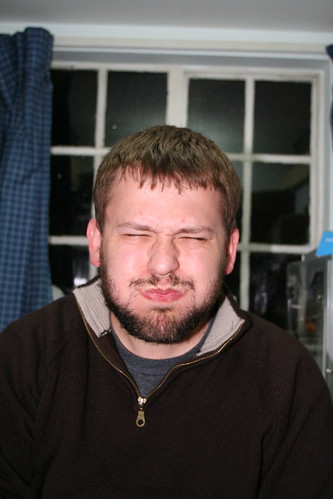 Other occassions which happen suddenly or by freak accident call for another expression entirely. One of shock, one of looking like one has been slapped in the face with a kipper. This calls for Martin Corry! 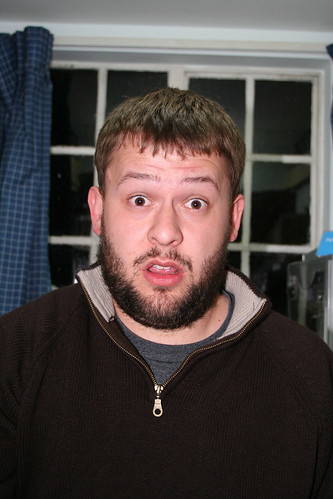 Springboks tend to be a happy bunch of people, as long as they have a beer in their hands and a spicey sausage in the other, it could be Harlow Rams RFC vs Uzbekistan, they'd still cheer for the Boks and dance crazily when a 7ft, 20 stone Russian crashes over the line and is drunkenly mistaken for Bryan Habana. 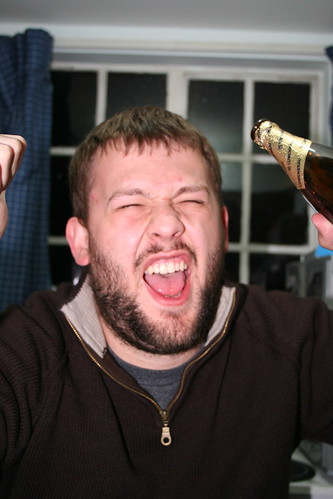 Irish fans usually have it easily these days, they usually see off most opposition that dares come to Dublin and can win or at least push bloody hard abroad too. Then why is this poor fellow asleep then? Sadly it is a sleeping disorder brought on by a severe lack of silverware. Ireland have won so many triple crowns that they sell them in Tescos Ireland as dinner plate sets and with not much else to show for it, the fans are, well, just waiting for something exciting to happen other than yet another drubbing of England/Wales/Scotland. 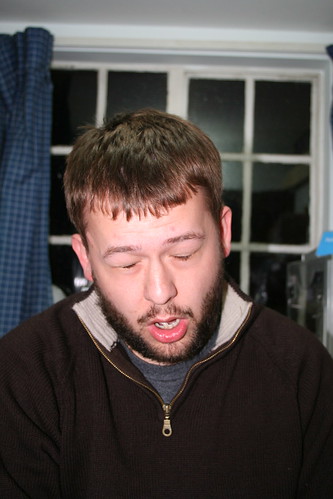 In the world today, there are those who are convinced that their "winning record" is at least, 12 inches longer than your "winning record" (or so theyclaim). Usually these guys have quick release trousers and boxers so they can infiltrate a crowd of opposition fans, drop their pants and proclaim loudly that "MY RECORD IS LONGER THAN YOURS! WOOOO!" before spilling Steinlager all over a poor 5 year old kid. 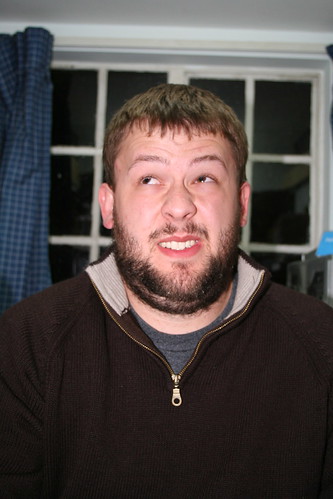 I now remember having part of a conversation about this. Particular time was spent analysing the body language of Andy Robinson if my hazy memories serve me correctly.

You missed the 'There goes Jonny's other organ', also used often by English fans. It involves a general rolling of the eyes and expulsion of breath, held in hope up until the exact moment when Wilko's other leg snaps.
H

2) If you aren't a well know actor in hollywood, you have wasted your life
P

I have no such need for Hollywood (or, indeed, Bollywood) shinigans! Especially when I have the hip, up & coming area of High Laver...dear god.

EDIT: Webby, do you mean this expression? 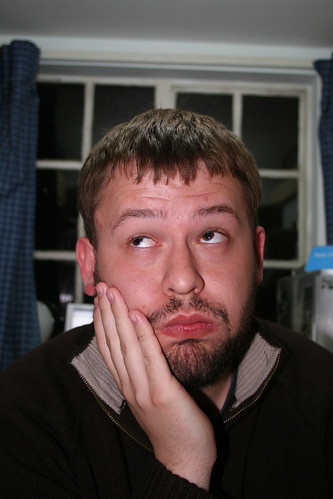 Damn some people must not have job's in here either that or they have farr too much time on there hands...lol
R

Brilliant!
That was hillarious, but there was a part of me hoping to see all the 1st tier nations' fans covered in this article.
As great as it was, i feel a little let down...

Can we see a follow up to this article?


Ultimately, Pres, you failed to answer the question i most desperately wanted to hear/read:

"Prestwick, how did you get your beard to be so awesome?"
[/b]
Click to expand...

Well now that is quite the question. It is merely a case of thinking lazy thoughts, giving it just enough time to grow and mature and to treat it with tender loving care, keeping it short for a while with careful trimming before letting it run wild and free.

Anyway, onto some more expressions starting with:

An interesting paradox because while Australians like their sports, they don't tend to give them the care and attention that most comitted fans in other nations do. Australians will turn up at Rugby matches to "be there" and watch the specticle but allot more will forget that they actually bought tickets to that tri-nations game and not turn up. Also, remember that when Australia loses at something (cricket, swimming, etc) they suddenly lose interest, look to those expensive premium tickets at the Telstra Stadium if New Zealand are shoving a 40 point score down the Wallabies throats and the above sight is probably what you'll see, only with The Age because thats the most pretentious paper you'll see outside of The Guardian or The New York Times.

EXPRESSION SEVEN: THE MISSING SCOTSMAN
USED BY: THE SCOTS

Scotland presents a conundrum because they don't really have any fans left, no idea where they've all gone mind you, for I swear that they were here but a momment ago! Anyway apart from when Scotland has its annual "hate fest" (known outside of Scotland as the 'Calcutta Cup'), this is probably the sight you'll see at Murrayfield. If you do see fans with a Scotland jersey on, don't be fooled, they only bought it because they thought they'd get a free bottle of whisky.
Q

How about some Welsh expressions!!
P

I'm working on it, honest!
R

I'll come up with some Welsh expressions eventually...
R

The Welsh expression. I'm sure that involves head-in-hands somewhere along the line...
H

good thread!! please keep them coming. I have to say i agree about the head in hands for the Welsh
P

LO! Like a misdirected airstrike piloted by some US Air National Guard guys high on speed and beer and a serious lack of sleep I arrive, and hit a bunch of Canadians with:

EXPRESSION EIGHT: THE "SWING WHEN YOU'RE LOSING"
USED BY: THE WELSH

The Welsh are a funny lot. Firey in their passion and yet absolutely inconsolable when defeated. A tricky case for even the most veteran of Smaratan line operators. And usually, they are in heavy demand, especially when people sell all of their roof slates to get a ticket, find that Wales get hammered hard and lose and then come back to find that its bucketing down and the ceiling has collapsed in the kitchen.
R

Fecking hillarious!
Far more cynical than i ever thought the Welsh ones was gonna be, but it's great none the less.
A

This is hilarious. Good work and imaginative read.
L

LMAO, keep these going mate :cheers:
[/b]
Click to expand...

B
A guide to rating graphics

The Anchorman guide to obscure sports (including Rugby)

Guide: How to keep your Windows computer running like new