Surely deserves a thread of its own now, especially if allowed to evolve into a discussion on all things police.

Another copper in "Mr Rapey" Couzens' unit has been charged with rape
https://www.theguardian.com/uk-news...tan-police-officer-charged-rape-hertfordshire

How long until Boris U-Turns on not having a public enquiry? It's the least that needs to happen to start rebuilding trust.
Given that the unit in question is "parliamentary and diplomatic protection" - you'd have to wonder if they've got mates in high places - hence no enquiry to start with.


Would it be an over-reaction to suspend (on full pay) anyone who served in the same unit at the same time as those 2, pending an investigation? If rumours of their behaviour, and Couzens' nickname are true, but they weren't being reported, than surely any colleagues would be guilty of enabling their behaviour - at the least.

Talking of "Don't Trust a Copper" - current evidence locallly to me suggests that Vimes had the right of it - trust 'em with the big stuff, but not anything small that hasn't been nailed down (joking btw)
They've been parked up more-or-less outside my house for the last 3 days straight, cordoning off my driveway; where the press have parked up.
I've been bringing them a pot of tea and plate of biscuits 3-4 times a day as they get reasonable coffee and gods-awful tea.
This morning 1 of my mugs, and the milk jug have all gone AWOL!
A] Poor little me, and B] I'm sure it'll turn up

ETA: This one really takes the biscuit! 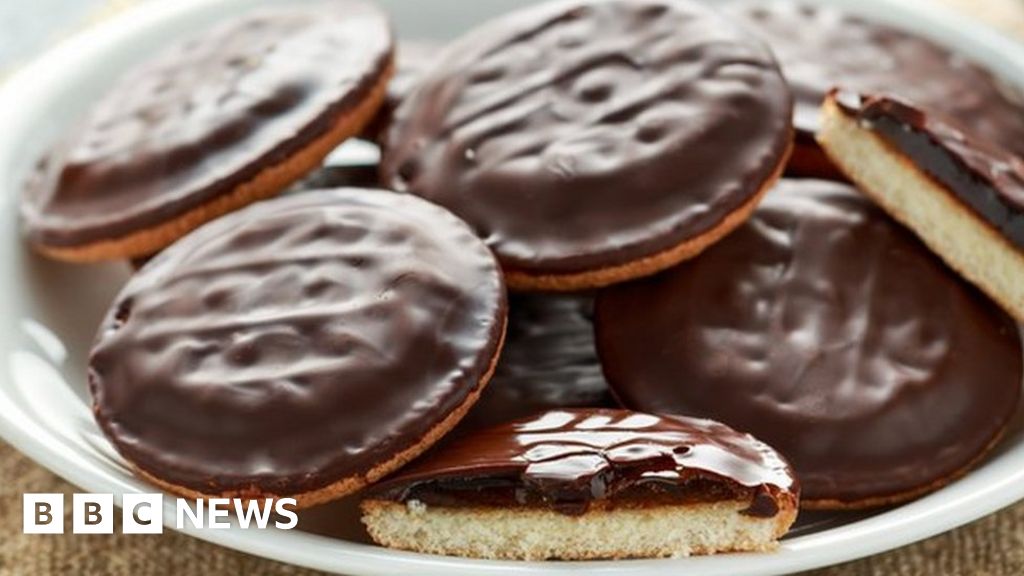 PC Chris Dwyer is alleged to have taken two packets from a police station tuck shop without paying.
www.bbc.co.uk 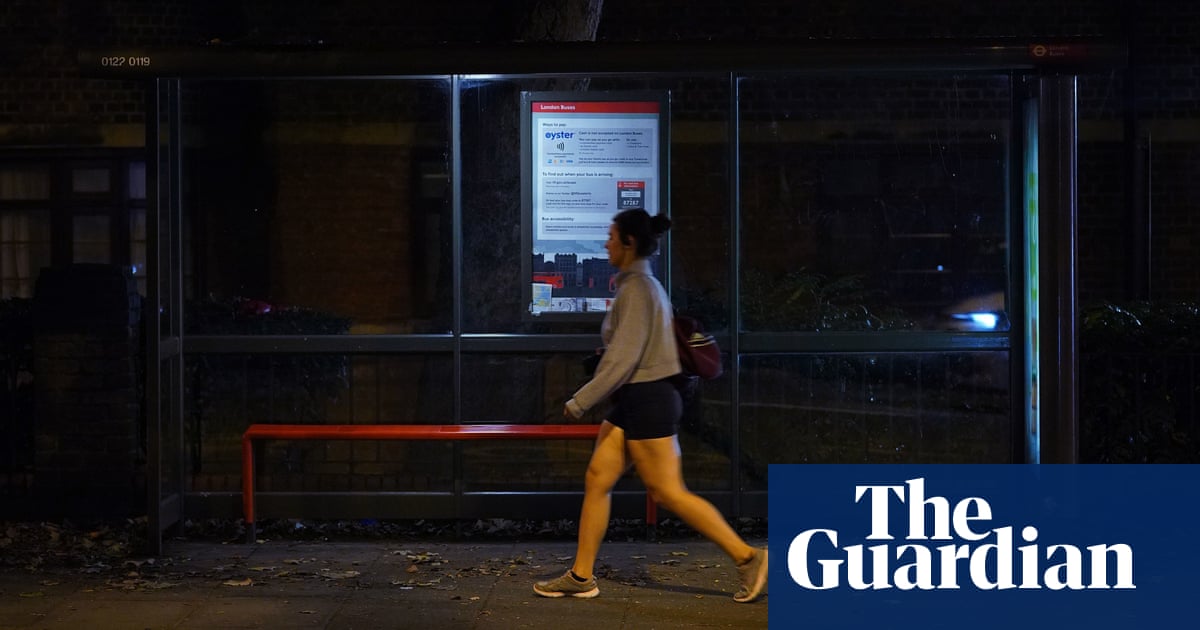 Yeah, it's a good thing in and of itself, but it's far from addressing the actual problem.

I'm not convinced that it reinforces victim blaming for anyone who doesn't victim blame already.
As for the actual issue - Violence by males - I really don't know what the answer is, or could be, or even if an answer is actually possible.

What I do think is important is that we don't let the perfect be the enemy of the achievable - so this app is a good thing and should be encouraged; but it's not (nor does it pretend to be) a solution. 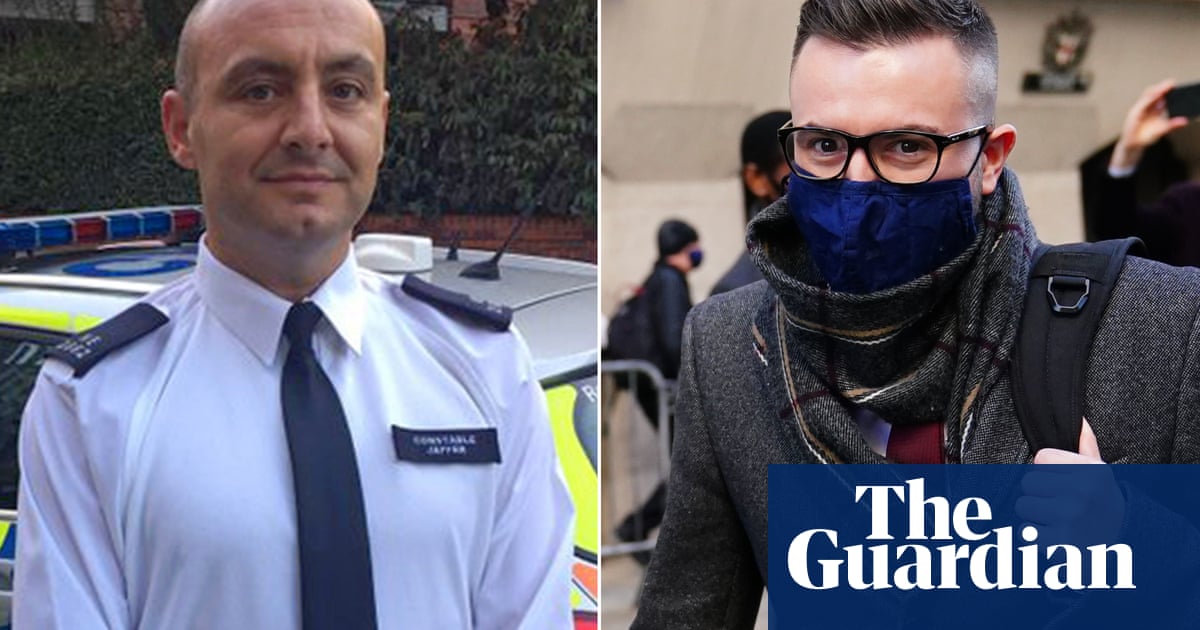 Which Tyler said:
As for the actual issue - Violence by males - I really don't know what the answer is, or could be, or even if an answer is actually possible.
Click to expand...

Its the other thing people who hate these things don't like agreeing exists. Stop reinforcing toxic masculinity in young boys. Far easier said than done testosterone is one hell of a drug but also society reinforces a huge amount of behavioural patterns when very young are okay until you reach a certain age and suddenly their not.

I've partially seen it with someone else who's a woman. As a child their mother would never make them apologise or accept responsibility to their actions. As such it led to three years of my wife not talking to her sister and even though they speak now my wife had to grovelling and we've never had a whiff of an apology or acknowledgment they we at least partially responsible. Except in boys rather than one bad parent allowing it to fester they all get it by all of society.


One thing I do think will wane massively that was part of this case is reduction of workplace cultures allowing it or it called on. It'll take time (I'm talking 20-30 years) but you only have to look at what happening in the video games industry to know it will change. 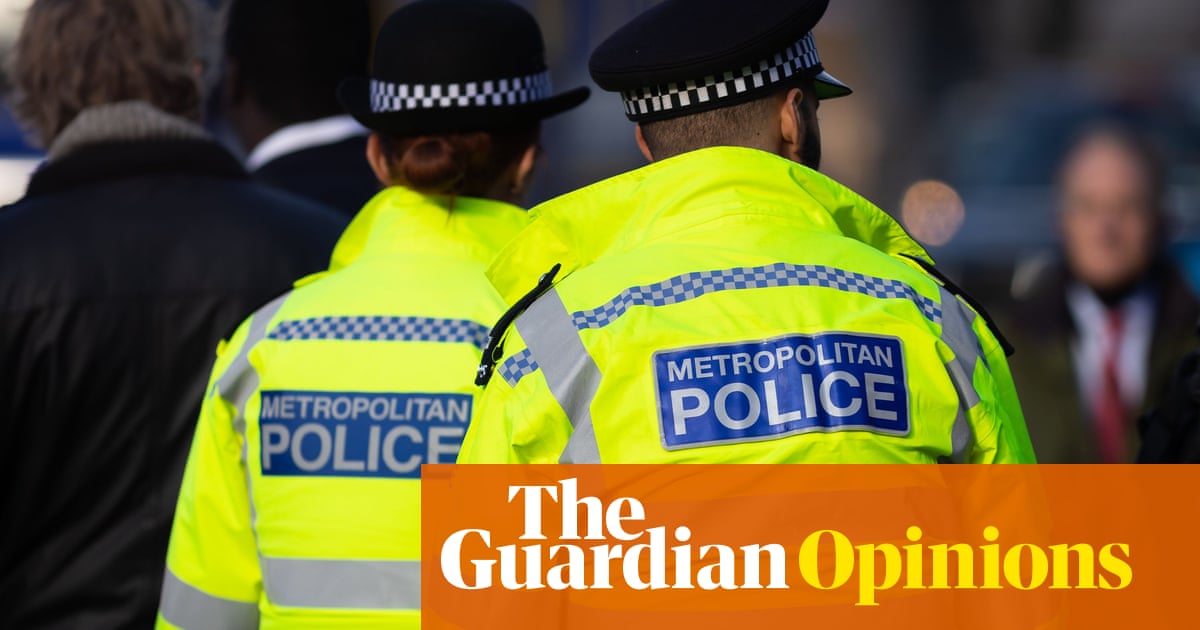 Eleven years as a constable in the Metropolitan police showed me the appalling attitude of some of my colleagues towards women, says Alice Vinten

Jings, I'm positively pro-police compared to this forum it seems (and I used to have a job that was about helping ensure the police don't overstep the mark). A few random points I'd make:

i) anecdotally there is a perception in policing in the UK that the Met are culturally a bit more distinct and heavy handed. I heard at COP26, where officers came from all over the UK, that a disproportionate number of complaints about police conduct and attitude was aimed at Met Officers treating the public with borderline contempt.

ii) being a police officer who doesn't manage to escape into a cosy office job is not a job you'd want. They deal in close quarters with the worst of society when they are acting at their worse / are under the influence. Officers are assaulted verbally and physically almost as a matter of routine. Courts often do not pursue assaults against police.

iii) the rollout of body worn cameras for officers is now becoming commonplace. This should help curtail the behaviour of bad apple officers and help force courts to pursue folk that assault officers.

iv) there are increasing numbers of senior officers across the UK who are female and this can only help change culture.

v) as a society we seem to be developing a culture of shouting down simple, evidence based safety guidance that the number one thing anyone of either sex can do to avoid being a victim or culprit of a crime after dark is to moderate your alcohol consumption and keep control of your faculties. The police up here actually had to pull safety information due to suggestions it was victim blaming. This is not helpful.

vi) just because an offence is reported in the increasingly clickbait media, it doesn't mean it happened. It is always wise to wait until an offence has gone through the courts before getting irate. For example: 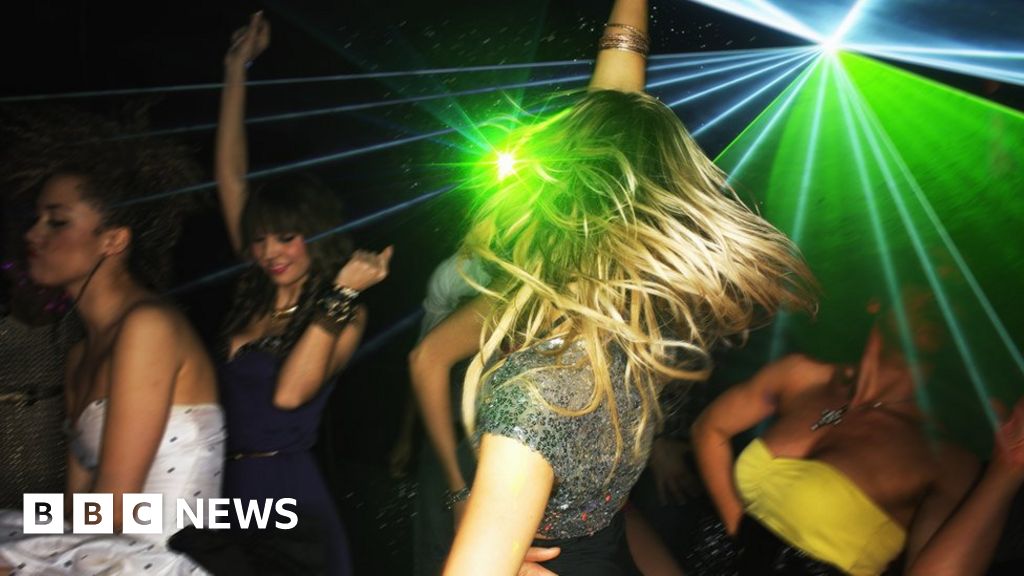 Police Scotland say no cases of spiking by injection identified

A senior officer says she believes the reporting of the incidents was fuelled by media attention.
www.bbc.co.uk 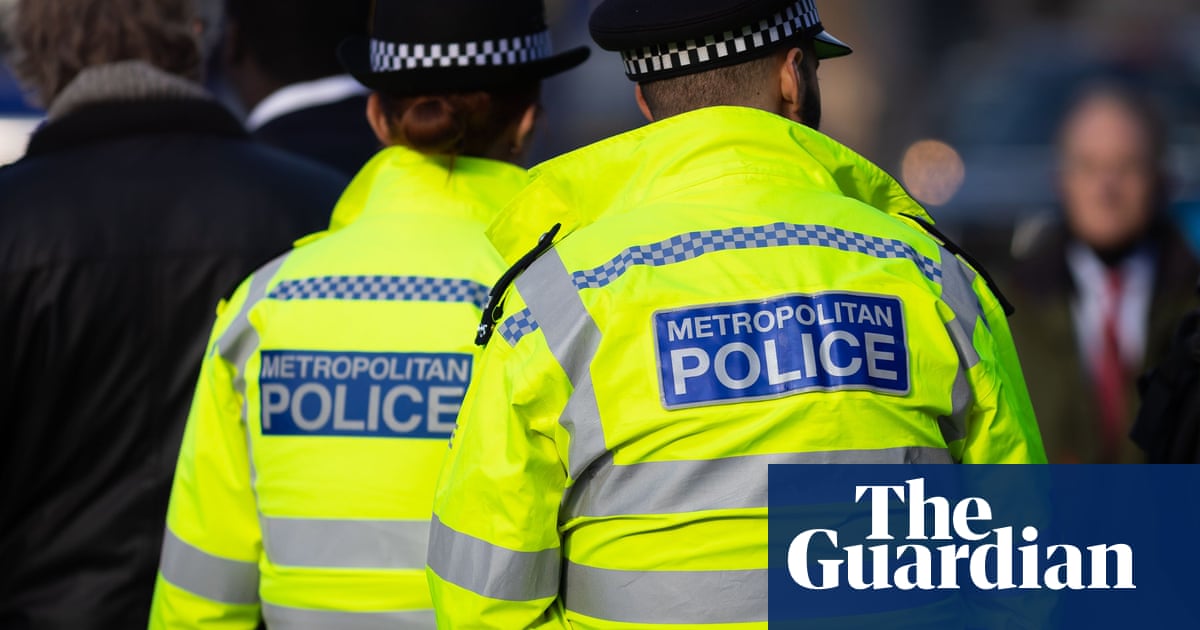 Would we rather 15-21 year olds had weaponry and feuds developed without police having any intelligence on the matter? Or to ignore potential admissions of criminality that are publicly available and might aid investigations? If a kid stabs someone that is potentially two lives ruined. Plus social media is open source. I have zero right to privacy if I start posting hate speech here. It's not my personal data if I'm sharing it on an unlocked social media account.

I have no idea if the Met would use this information in a proportionate and even handed manner (probably not), but the concept of getting a few folk employed to scour the internet to try and prevent and detect violent crime by the key demographic of 15-21 year old guys strikes me as pretty sound. As long as their is an evaluation built in to it so say after 3 months they can independently verify it's been worthwhile. 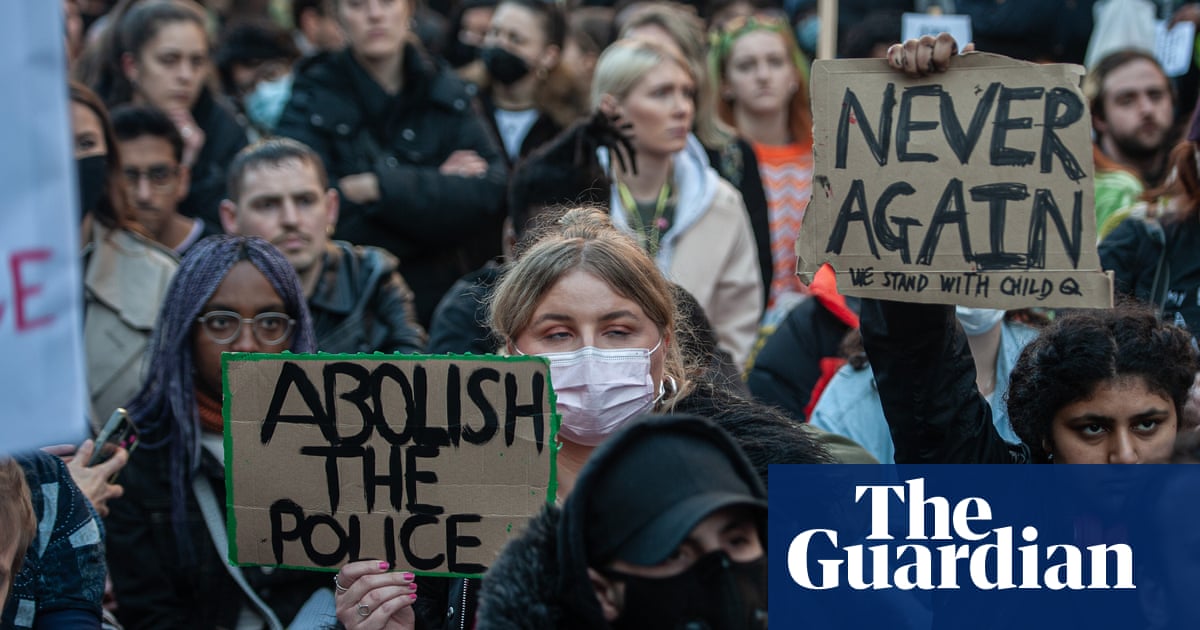 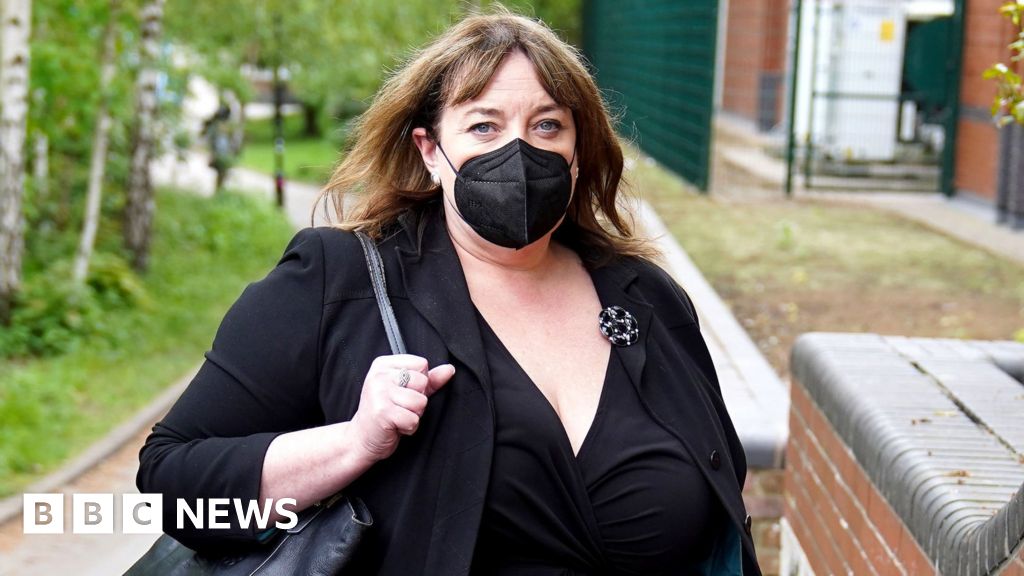 Caroline Henry had pledged to crack down on speeding but broke the limit herself five times.
www.bbc.co.uk

Surely she should resign if she has an ounce of integrity.

Caroline Henry had pledged to crack down on speeding but broke the limit herself five times.
www.bbc.co.uk

Surely she should resign if she has an ounce of integrity.
Click to expand...

I'd she had an ounce of integrity, she'd have been disqualified from this government

The saddest thing in the world, ever.

Sep 3, 2010
shtove
S
S
Fail Blog is the funniest thing in the world