We Need To Talk About Wasps

I can’t understand how they managed to get into £95m debt. That’s a crazy figure.
J

Don't Skip Leg Day said:
I can’t understand how they managed to get into £95m debt. That’s a crazy figure.
Click to expand...

Same here can only assume the high salaries and lack of ticket revenue goes a good chunk of the way, even factoring that in there must have been some behind the scenes unknowns. 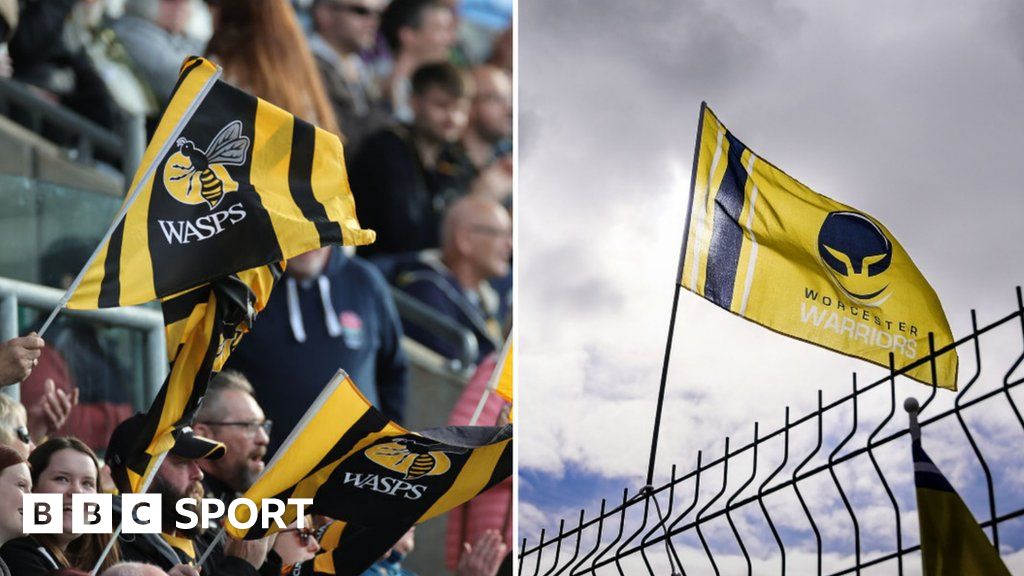 The RFU remains flexible over the planned takeovers at Wasps and Worcester but "expect a decision ahead of Christmas".

It sounds like we have stated the loss of p shares doesn't effect the bid, that we are happy to remain in the champ for a few years and rebuild along with wuss. If anything this may lead to stronger champ, which would be hugely beneficial. Fingers cross the RFU actually see this as an opportunity of strength.

Interesting, since we went into administration, something has changed on the site. Praying its not misleading but hopefully a good sign of things to come.

Don't Skip Leg Day said:
I can’t understand how they managed to get into £95m debt. That’s a crazy figure.
Click to expand...

they were probably running like a start up and just borrowing and borrowing. The pandemic just accelerated them getting found out.
S

did they make some sort of commitment to the area, to grow rugby in the area?

I wonder if their training facilities is counted as Coventry area still or not.

I wonder if it’s due to the catchment area for the academy.

stus768 said:
Twitter saying wasps have to stay in Coventry for 3 years or RFU will drop them to the bottom of the pyramid
Click to expand...

I thought we'd known* more-or-less that all along?

Now Wasps have a more complicated geographical history than... anyone else; but if they're officially a Coventry club since 2014; then Wasps Phoenix club would need to be a Coventry club.

Breaking news that Wasps new owners approved by RFU and will enter Championship. Wuss owners not approved and other offers (i.e. Dimes) to be considered.

Brilliant for Wasps - delighted for them.
Let's hope a solution can be found for Wuss as well.

very true, i do wonder what the terms are that they are happy with.

I also wonder what will happen next, what is our budget, will we lean on senior clubs in Prem for Players. Can imagine we might try and get a few of the younger Wasps lads back who have found new clubs and may try and re-sign a few without clubs.

What's going to happen to all the local businesses Wasps owed money too?

I'm pleased for Wasps fans but it does stick in the throat that a brand can just rock up, build horrendous amounts of debt, dissolve, reset and start again whil leaving lots of small businesses in the ****

it would have been weird to see wasps rfc playing below wasps fc.

it will be interesting if a new born wasps can compete with coventry for sponsors and fans. You'd think this would be an opportunity for coventry to solidify their spot in the championship.

HALO22 Limited, a company owned by Christopher Holland, has completed the purchase of the intellectual property, history and memorabilia of
@WaspsRugbyNews
to exit administration.
Andy Scott, a former CEO of 188Bet , is CEO alongside former Wasps legends players.

A statement said: "Wasps Men's team can now confirm they will start the 2023/24 season in the Championship. As part of proposals accepted by the sport's governing body, a groundshare agreement has been reached with a Midlands venue- to be named- to host its home games. "

Wonder which midlands venue? Assume CBS Arena but could be somewhere else.

Wonder what will happen with Jack Willis,
He initially said that he wanted to return to Wasps in the Championship, and that's why he signed a short term deal with a French club and not for another English side - saw a rumour the other day that he might be signing a long term deal in France, though
Could've just been weighing up his options before Wasps confirmed they're coming back

TRF_Olyy said:
Wonder what will happen with Jack Willis,
He initially said that he wanted to return to Wasps in the Championship, and that's why he signed a short term deal with a French club and not for another English side - saw a rumour the other day that he might be signing a long term deal in France, though
Could've just been weighing up his options before Wasps confirmed they're coming back
Click to expand...

Yeah it's a challenging one.... as much as i want him back... right now we can't afford him and i think it would be financially unviable to bring if any of the senior squad back. Maybe a Tom Cruse or Ben Harris but we are best placed to target the younger lads right? the likes of Fyn Brown, Hartley (maybe) Ollie Monye, Eckersley etc. try and rebuild with people who were there and live in area.

Also we will have outstanding training facilities for the club already as Chris Holland owns the training ground we built.

B
Wasps to Buzz off