Needs to go here too. 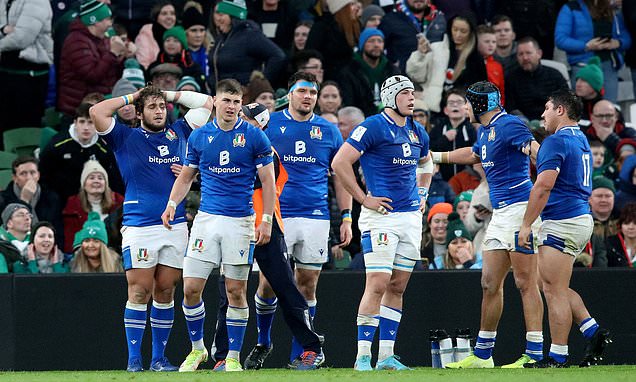 ALEX BYWATER AT ADJARABET ARENA IN BATUMA: This was an open door for Georgian rugby, a chance to make a statement to the rugby world.

A nice detailed analysis of the evolution of Georgian rugby post-Haig.

More optimistic than even I have been.

The rise of Georgian rugby, now and in the past, has been truly remarkable. They played their first test as recently as 1989, beating Zimbabwe (contrast that to Italy, Fiji and Samoa, whose first tests were all over 100 years ago). In 1992 they joined world rugby (IRFB in those days) and only 7 years later almost qualified for the World Cup, putting in a solid display and winning their home leg against Tonga in the repechage. In 2003 they qualified which was a great achievement but at the 2007 RWC they really started to make their mark on the rugby world with their dominant scrum and impressive forward play, giving Ireland a huge scare in a 14-10 loss. I realize I've now given you a summary of their wikipedia page but you get the point and I saved you a click. They've been impressive at every World Cup since as well.

Even ignoring all that, it's Georgia! Like come on. A lot of people who don't know rugby probably don't know Georgia even exists (or will genuinely confuse it for Georgia, USA). Rugby might never have been a serious sport in Georgia were it not for the traditional Georgian folk game of Lelo. This is fairytale stuff.