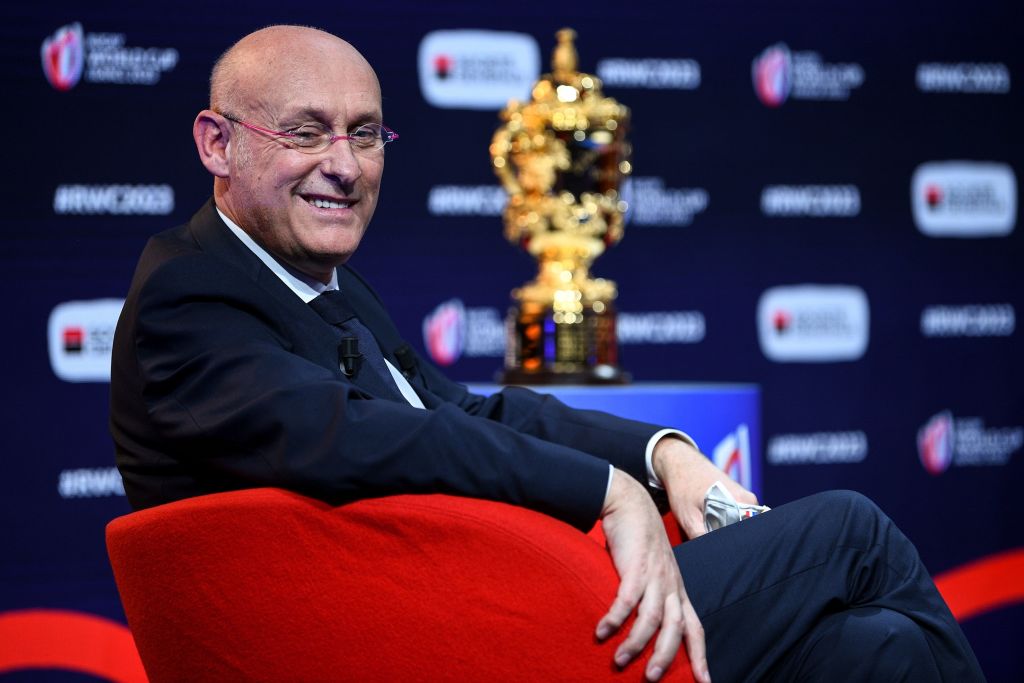 The French dominate the top of Rugby World magazine’s 2022 list of the sport's powerbrokers, with Bernard Laporte named most influential person in rugby

I've not read the originating article to see what justifies 'influence' but its amusing to not see Beaumont in the top 10. I would throw in mentions for the folk below even though much of rugby politics is murky and unknown. Although much of what I mention is pre-2022, it has an influence now and possibly in the future.

1. Jurie Roux - withdrew SA from Super Rugby contributing to end of Argentine and Japanese involvement. May have saved South African rugby financially with switch north. Holds fate of the RC in his hands (so still influential in SH) and can exert massive influence in the NH (EPCR and possibly even 6N) because if he sides with Beaumont / conservatives then they are guaranteed re-election for as long as SA support them.

1.5. La Porte might still be my number 1 if he is providing any funding for SLAR and RESC (both of which could completely redraw rugby politics over the next 10 years if they survive and the conservatives can't kill them). I'm still uncertain if La Porte is actually a political conservative in rugby terms or if he wants fundamental changes (in addition to the global calendar). Powerful, like Pichot before him, because BB seems to have a very hands off approach to things.

3. Daniel Hourcade. Took Spain from no hopers to RWC qualifiers (briefly) after being appointed a consultant by WR. Architect of SLAR leading to 3x Sudamerican nations in RWC for first time. Also involved with Portugal (who were doing fine without him to be fair) and will have been one of the architects behind removing an auto-qualifying spot for North America, so he could almost single handedly be said to eliminate the US from RWC 2023 which could potentially blow up the RWC format for future years. Is the power behind the throne in Sudamerica with signs this may open access to the RC via this APAC competition. Is making noises about a Copa Latina which may be a new tournament involving 'Latin' nations in Europe and South America and seems to be creating a 'Latin' bloc politically.

5, Ian Foster - 'influence' doesn't have to be a positive. The man is breaking new records everytime he 'leads' his team and changing the global perception of the All Blacks to 'just another team'.

6. Head of Japanese Pro League. So much money that whatever they decide in terms of foreign player limits for the league will be humungous for SH.

7. Whoever is responsible for Irish youth development to get them to a comparable level with NZ.

8. Whoever in the English league is reducing the attractiveness of non-English Q players (impacts on England and everyone else).

9. Whoever in England is seemingly leading the way globally with professionalising the women's game.

10. Dan Leo. Vocal in the nation swap eligibility rule and his documentary coincided with the PI SR sides being set up with millions from World Rugby despite being involved in the running of a miniscule union. All the PIs punch above their weight politically because of the unique WR Council voting mechanisms.

11. Franco Smith (DoR of Italian rugby). Pushing some weird Italian/Cheetahs alliance that has positives (potentially pro teams in new territories like Germany, Zimbabwe and Kenya) and possibly less positive (setting up a rival competition to Rugby Europe, possibly with the intent or by product of killing the RESC, which would damage rugby in continental Europe). This would be a change from the Italian union being quite friendly and engaged with Rugby Europe so could be important in the future. He has just left that role so things may change back.

I don't know enough about agendas different unions and leagues have, so feel free to correct or suggest anyone I've missed.

I had no idea that Conrad Smith was IRP head of player welfare before this.

O
Rocky Elsom: "the most influential player in the game today."
4 5 6