Superalexmarket said:
Everybody says that french people are very rude, specially with the tourists
Click to expand...

I've never been to France so I can't comment but I heard before that they like people who make an effort to speak French. In Germany everybody seems to know English.

profitius said:
I've never been to France so I can't comment but I heard before that they like people who make an effort to speak French. In Germany everybody seems to know English.
Click to expand...

I think the FA booked him based on his TV work, like HIGNFY etc. I watched his live stuff and found it a bit too crude and offensive to watch. On TV he's brilliantly funny, live not so much. 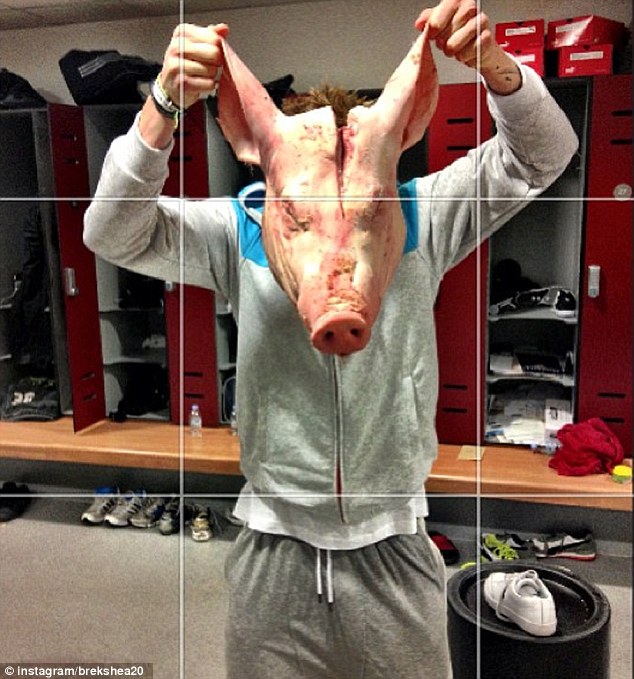 Kenwyne Jones has found a pig's head in his locker, in what the striker's Stoke City team-mate Brek Shea described as "Locker room banter gone wild".Glenn Whelan was reportedly responsible for the incident, leading to Jones allegedly smashing the windscreen of the midfielder's car.
Jones's partner, Kissa Abdullah, reacted angrily on Twitter, saying: "Big men acting like kids a pigs head is not a prank its just disgusting!!!!! Wtf??? I don't get how was that sup 2 be funny!!!! Really???"
Shea posted a picture of the pig's head on Instagram. The club are examining the affair.
Click to expand...

In an Old Boys game in Northern Norway between Strandkameratene and BodÃ¶kameratene on Tuesday, the ref have had enough and left.
After an tackle the players ran after the ref and and asked why he didÂ´nt give freekick. The ref told the players to go to hell, threw the whistle and walked off the ground. On his way off he said the following rant "You are a bunch off f*cking brats. I didÂ´nt travel here to get yelled at by you bloody brats. ***** you all IÂ´m going home!

One of the players said that "The referee didÂ´nt blow his whistle alot. and no one heard the whistle anyway. He had no ordinary referee whistle, it was more like a lifejacket whistle. We had to ask him if it was a pan flute"

Shakhter Karagandy coach Viktor Kumykov is not ruling out sacrificing a sheep again before Wednesday's game against Celtic in Glasgow.
Click to expand... 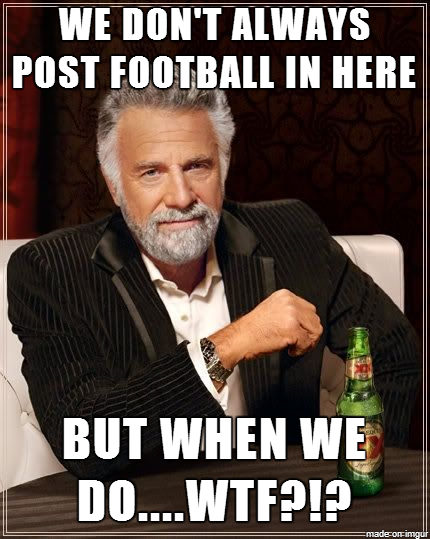 Rugby's Brian Moore giving the FA chairman a tough time in this interview.

Away win over Swansea, top of the league(!).
Nobody else paying attention to actual football?

My brother is unfortunate enough to be a Newcastle United supporter, he's not enjoying himself at the moment. I on the other hand have a passing interest in soccer and although I don't support a side I do like Tottenham this year who are going along steady enough, they really have to stop freezing against Top 4 sides to become one though.

TRF_Draggs said:
Away win over Swansea, top of the league(!).
Nobody else paying attention to actual football?
Click to expand...

I started following the Premier League again this year (Only follow Leyton Orient in the League One). I am playing Fantasy Premier League with a couple of friends and this weekend was a good one. All of Ramsey, Suarez, Brady, Rooney, Giroud and Fonte scored big for my team. Love this game.
D

Any reason he supports the Toon? Poor lad.

Eze, I am surprised, considering your avatar!

Rangers are 7-0 right now, looking at climbing back up to the Scottish Prem.

Hah, well... It's nice to drink Guinness and cheer for some players who have no meaning and winning a private Fantasy Premier League which grants me 200 euro's at the end of the season haha.

Ive gone off football in the last 2 seasons, seeing more things I dislike rather than like, not helped by the fact my team (Bristol City) suuuuuck right now. Still keep a passing interest to keep my "jack of all sports, master of none" rep up

Hahaha League One is a joke at the mo, it's ok tho. As a Wolves fan the club loves giving the fans a roller-coaster of a ride.

Ive also got a bet on with my friend who supports Port Vale on the weekends game, so if my FB profile pic changes to a Port Vale badge after Saturday thats why

TRF_Draggs said:
Away win over Swansea, top of the league(!).
Nobody else paying attention to actual football?
Click to expand...

Tonight we have Napoli in the Uefa Champions League...

I have been only able to catch highlights of most games.
D

As unnatural as it feels to say, hope Barcelona win.

I am still astounded at the lack of goal line technology. Seriously, not even a TMO or anything.