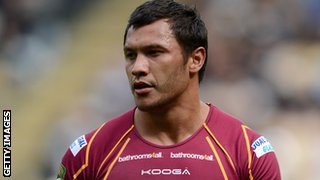 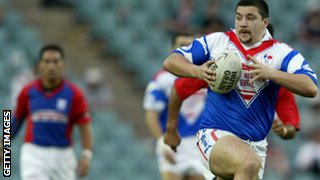 I didn't know we played this thing...

It's quiet popular in the South of France.
J

My preferred Kiwi's line up

1) J Hoffman (Might have RTS, but Hoffman is the incumbent and he's been playing pretty well for the Kiwi's and brissy)
2) RTS (Nearly as safe as Nightingale with a little bit more flair)
3) S Mannering (We lack a bit in the centres in the absence of Kenny Dowall and Matai, so i'm tipping Mannering to make up comeback in the centres, he will do the jersey proud
4) D Whare (Playing well for Penrith, id pick him)
5) M Vatuvei (Risk vs Reward, when he's on he's a game breaker)
6) K Foran
7) S Johnson
8) JWH
9) I Luke
10) J Bromwich
11) F Pritchard (The old boy of the team, still playing decent footy when he wants to)
12) $BW-OMG
13) A Glenn (True utility could play anywhere, very underrated was the youngest ever Broncos captain I think)

Biggest call may be leaving out Kasiano, I really like him and could be persuaded to shift 1 of Moa or Matulino for him, he could push his way in to my team by making good impact against the minnows.

Not far off my team really, I think Leuluai is carrying an Injury thats why he's been left out. I think we definitely need him on the bench for the big games as he's the only player outside the starting team that can play halves and hooker.