A bit similar but shows some monster hits!
Click to expand...

Great find, thanks, even super 12, damn that looks way better than the first vid

edit, holy shite, the likeness of marshall is outstanding!
M

I'm liking the player detail so far, they're looking really quite good. The motion capture was also probably done with people this time, not lab-monkeys, which is quite reassuring too.
U

Another thing i noticed is that the balls are all the same, unlike the first clip!
M

They usually update the players and rosters etc. in the last few weeks before the game comes out. Tis the case in Madden. Hopefully HB will be doing the same. And this time I hope we get some patches with roster updates. I can't believe we didn't get a single patch for R2001 and R2004.

I still think a Rugby Street 7s game would rule.
U

Still looks promising, apart from the odd touch here and there.. still no signs of rucks/mauls/lineouts/kicking.... JUST BIG HITS

Also saw evidence of a 2 man tackle, and the english #11 playing on the wrong wing ...sigh Love the coat hanger by the frog too

Heh, at this rate it'll end up like NFL Blitz where every technicality of the game is stripped away and it comes down to my players bodyslamming the opposing players after the play. The commentary on that game was damn funny too.

And that clothesline was nasty. And Jason Robingson got the big 'don't argue' from the Irish Winger
U

and the write up, this time in pure english!

Lightning-fast backs, 300-pound forwards, and huge hits… this is Rugby 2005 in its greatest glory. Build team momentum with a shoulder charge or a high-impact collision, or avoid contact with creative side-steps—the power is in your control. New player models promote the most popular players in rugby, while realistic animations better simulate actions and movements on the pitch. For newcomers, the interactive Training mode allows you to easily familiarize yourself with the sport of rugby as well as the video game itself. When you’re ready bust out of Training mode and make a run for the 6 Nations and European Cup or take on teams in the Super 12. With a new look and feel, the time to master the sport of rugby is NOW.

Key features
Visual Improvements
Rugby 2005 shares the look and feel of all EA SPORTS™ franchises, integrating the highest visual quality and standards. To that end Rugby 2005 features new player models, including Star Heads for the top 100 players, and new and improved full-motion videos demonstrating the big tackles, high emotions, and key plays associated with the game. These visual improvements deliver a hard-hitting experience rugby fans are accustomed to.

Training Mode
It is important to not only learn the game controls, but the rules governing the sport as well. To help you become an expert at Rugby 2005, and to help experts become even better, several new features in Training mode have been introduced including Rugby 101 interactive training movies that outline the rules, controls, and advanced tactics. Training Pitch has also been added offering challenge-based training drills using advanced controls, as well as a "Get in the Game" tutorial for users to grasp rugby basics through a pick up-and-play orientation.

Updated User Control and Gameplay
Rugby 2005 features unprecedented control over every aspect of the sport, enabling casual rugby fans to pick up and play the game. The controls allow more opportunities for high-impact collisions, plus the chance to better avoid tackles and break into the open field. In an effort to provide the most realistic game on the market, Rugby 2005 introduces the ability to continue play after missed goal kicks, just like in real rugby matches.

Enter the Creation Zone
Play in the game you have always wanted to play at the professional level with the stars of rugby at your side. The Creation Zone allows you to create players based on their own likenesses, classic players of the game, or any other characters you wish to place in Rugby 2005.

Teams and Tournaments
Rugby 2005 once again brings home official licensed leagues while introducing new leagues and teams. Not only can you play in all of the leagues, but you can now play in prestigious tournaments such as the Heineken/European Cup or in a custom tournament of your own.

Broadcast Presentation
New camera angles, commentators, and full-motion video, plus authentic crowd noise, in-game sound effects, and enhanced replay control all come together to help produce a game that creates a look and feel of a live TV broadcast. This immerses players in the atmosphere of the game, while seamlessly integrating the commentary into the flow of play.

Rugby 2005 introduces the ability to continue play after missed goal kicks, just like in real rugby matches.haha they fixed it, miracle
M

God, they made a point out of that? Wow. Oh and there are no 300lb forwards in rugby, the heaviest is the Fijian prop who weighs in at 285.

Hopefully for newcomers to rugby, the Rugby 101 will work.

And hopefully we'll have custom teams this time.
U

Yeah, and if you don't notice someone its because they only modelled the top 100 players :/
M

Why can't they do the whole lot? Tut tut.
U

I reckon thery're bs'ing us with the 'new leagues and teams' quote... what teams? yes they have the license for heineken cup but i can't see the NPC, Currie Cup or even the Zurich being included
M

Yeah, tis a bit lazy. Not much love for provincial championships then. Well, hopefully this'll be good and they'll include them in the next installment.
U

Originally posted by Muse_Cubed@Jan 8 2005, 01:48 AM
Yeah, tis a bit lazy. Not much love for provincial championships then. Well, hopefully this'll be good and they'll include them in the next installment.
Click to expand...

yeah. 100 players isn't that much really - but i all the int. players play for their clubs aswell
M

True, true. But how many players will there be overall? 1000+ deffo I think.
U

Yeah, but even the players without 'star heads' will look pretty good because the editor is pretty in-depth
M

I hope there's a proper custom team this time, you can't have sports games without custom teams.
R

is the second video just super 12? i can't watch it at work! Information really seems to be flowing at last.
T

Assuming it uses the fifa player editor... or at least something very similar so thepossibility to create some very realistic players will exist- fifa 2005 editor was very comprehensive! Loved the english guy's sidestep in the new vid- can't remember who it was now, but looked very convincing. If memory serves the last demo followed a couple of videos fairly quickly so there's hope yet! Anyone know how we can find out a certain answer for if ZP clubs are included or just the heineken cup ones? Although if anyone knows anyone at EA don't distract them by asking... need them to concentrate at the moment!
G

So by the sounds of it, there will be new commentators

Looking at the 2nd video, the ball doesn't seem right. The ball looks too white which makes it look odd

As we all know, I drink, but I found this (another French website -- man, they're on fire!) including a bunch of screens.

Here are a couple: 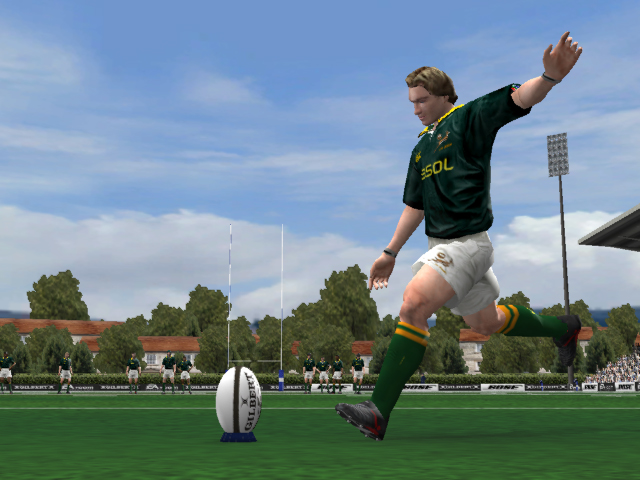 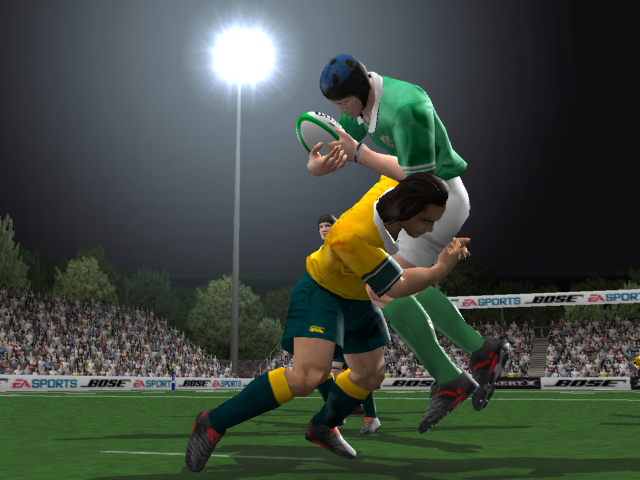 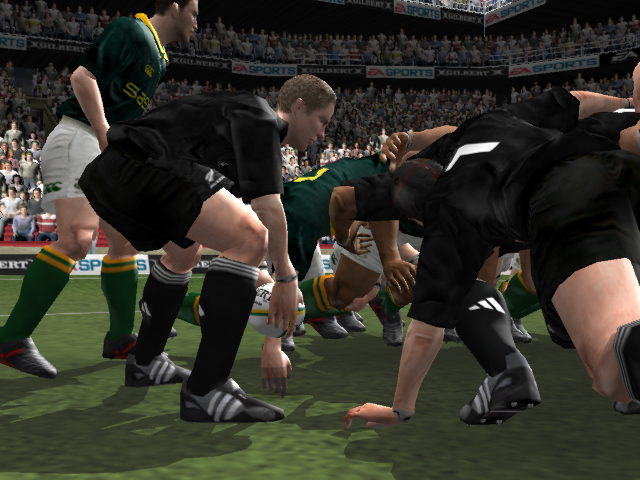