Has anyone played this game yet?

I will rekindle my Street Fighter days of beat em ups and get this game with an XBox 360 and go live around the world and fight. I had finally discovered a way to defeat the all conquering Bass practitioners in DOA3 using the mighty GEN FU! Now it is time to take him around the world! HAHAHAHAAAAA!

Unless some silly programmer also discovered that Gen Fu is the man and has decided to downskill him in the fourth official version. Nah....I don't think so.........they probably think he sucks and decided to give him more power :lol2tn: now they will feel the wrath of FU!

In fact on my net searches there were no references to Gen Fu's "technique" that was the demise of Bass. Most Gen fu practitioners conceded that with all his powers he was deficient in mid range attacks........muah ha ha! Fools, all of them! The world believed his dreaded "Go Ken" (Iron fist) was his secret weapon. Hahahahaha! Unbeknown to all he has a 3rd hidden strike! Soon all the earth will tremble at the power of Gen Fu!

These silly fools practicing defending Gen fu's staggered mixed strings....hahahaha! Don't they know that Gen Fu's secret third strike if it hits, the following string cannot be blocked or reversed! Yes it is a critical hit! FOOLS all of them! hahahahaha!


...the little girl no longer has to wait
:box: 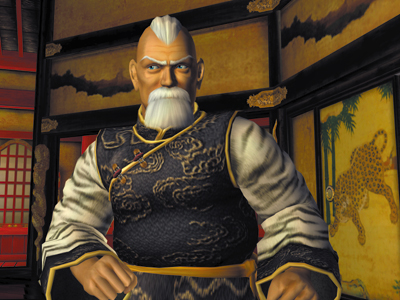 That game looks ace, I played DOA3 and loved it...

How is it on Live?
G

We haven't received XBox 360 yet here in NZ.

DOA Ultimate online was a backward step...........this however looks promising

Any news on Rugby Challenge 4 or any other Rugby Union game?