this game proved again why habana is the best winger in the world...

not only an opportunist but he creates those opportunities..for him and everyone else

and his rush defence gets better and better hahaha....the look on tuquri face when his centre partner got smashed hahahaha...and rocky elsom gettin dumped on his ass by little bryan habana

**** game... Waratahs were without a few good players again, but I still expected them to win it to be honest, especially considering how the bulls usually have such a tough time against us (Tah's have won 8 of their 12 matches against them). Oh well, we're gonna have Vickerman, Rogers and Sailor back for the sharks, so it should be a better performance next week.
W

What did you guys say about Habana! There is your profe Bulls Rule!
T

Originally posted by Wildwil@Feb 26 2006, 09:08 PM
What did you guys say about Habana! There is your profe Bulls Rule!
Click to expand...

First of all i never said Habana was ****(he's a great player) i said i'd like to see him break the advantage line because the bulls look useless in attack.

I was making a point that i didnt think he could hurt the Tahs unless thy gave him plenty of space and he didnt do anything to change my mind with ball in hand.

He made 2 good tackles and scored a try that any 10 year old could have put over the line, all in all he had little effect on the game.

The bulls have no chance of making the finals, they struggled to beat a Tahs team that was missing 3 of there best players and were at the end of a tough road trip.Waratahs played terrible and basically gave the bulls possesion with poor kicking and unforced errors.

The Bulls look useless in attack and there scrum(there so called strong point) was smashed on numerous occasions by a smaller Waratah front row.

On the bright side, the Tahs now head back to Sydney for there first home games of the season against easy opposition in the Sharks and Cats , they should have Sailor, Rogers and Vickerman to play the Sharks next weekend.


HSBC Waratahs prop Matt Dunning has been suspended for one week and flanker Rocky Elsom for four weeks by a SANZAR Judiciary for punching in Saturday's Super 14 clash with the Bulls in Pretoria.
Rocky Elsom contemplates loss to Bulls The hearing was held in Johannesburg before the Waratahs departed for Sydney.

"I've copped the decision on my many chins," said Dunning.

"I obviously would have liked no weeks but I had a fair hearing and one week is a fair punishment."

Elsom received a stiffer sentence for joining the altercation which involved two Bulls' players who will face the tribunal on Tuesday.

"I expected to be suspended but extremely disappointed that the incident took place," said Elsom.

The HSBC Waratahs will arrive in Sydney on Monday.


4 weeks ...Thats Bullshit! Dunning was king hit from behind by that fat f***k Engels and Rocky was just sticking up for his mate when he started pounding on that ugly yarps melon head.
B 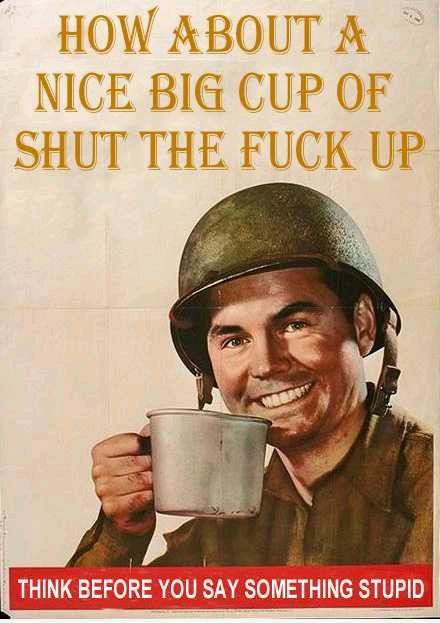 Same to you, numerous posts that is!
W

Incase you missed it. We are missing something like 5 key players so bye bye asshole
S

Originally posted by Wildwil@Feb 27 2006, 04:49 AM
Incase you missed it. We are missing something like 5 key players so bye bye asshole
Click to expand...

Things just get worse and worse for the Tahs. Elsom has really come of age this year. I hope the Tahs pick someone other than Hollies at 6 cause I don't feel he is a number 6.
S

Not a fan of the Bulls but I can still name 3 missing:

Originally posted by The TRUTH!!@Feb 27 2006, 01:19 AM
4 weeks ...Thats Bullshit! Dunning was king hit from behind by that fat f***k Engels and Rocky was just sticking up for his mate when he started pounding on that ugly yarps melon head.
Click to expand...

Thats how it looked to me as well, I guess that if they both have been suspended and the Saffa's havn't then Dunning and Rocky where in the wrong.
Just a observation though... has anyone else noticed that the Bulls front row looks like those prison gay boys in American History ex? not that i'm calling them fags or nothing, it's just like wooow look at that...
G

Well Done Bulls!!! Looking promising even without some of your Springbok stars. B)
W

The Bulls will be without the services of forwards, prop Jaco Engels and loose forward Johan Wasserman, for the next few weeks. Both were suspended after being found guilty of striking opponents during the Super 14 Round Three match against the Waratahs in Pretoria last Saturday.

Engels was suspended for three weeks by a SANZAR judicial hearing in Johannesburg on Tuesday, while Wasserman was banned for two weeks for his part of an incident during the match - won 26-17 by the Bulls..

This follows after two Waratah players - flank Rocky Elsom (four weeks) and prop Matt Dunning (one week) - were also banned for their part in the fighting which marred last Saturday's encounter. Elsom has subsequently filed an appeal for the penalty imposed against him.

Wasserman deliberated that he attempted to clean an opponent from a ruck.

Whilst Engels admitted to the charge, he added that he sprung to the defence of his team-mate who at the time, was involved in a scuffle with an opponent on the ground.

After careful consideration of all the evidence, including clear video evidence of the incident, and submissions made on behalf of the players, the committee found that the two players were clearly guilty of the offence.

The double suspension on Tuesday brings the total number of bans for Week Three of the Super 14 to six.

The latest bans mean Engels will miss two matches and Wasserman just one.

The Bulls have a bye this week. They face the Highlanders in Week Five - a game both players will miss - and the Hurricanes a week later, when Wasserman will be back but Engels still on the sideline.

When the Bulls head to Australia in Week Seven, where they will face the Western Force in Perth, both players will be available again.

* The loss of Engels and Wasserman will be partly offset by the return of Springboks Victor Matfield (lock and the Bulls' first choice captain) and hooker Gary Botha (hooker).

While Bulls coach Heyneke Meyer will be disappointed to have lost the services of Engels and Wasserman, he will welcome the return of his two senior stars.

Matfield and Botha, who have been sidelined with knee injuries since pre-season games against the Cats and Sharks, will make their Super 14 debut against the Highlanders.

This in itself will bring about a big change to the Bulls' competitiveness in the line-outs, set scrums and tight play.

Matfield's return will also mean that Fourie du Preez will be able to concentrate fully on his role as scrum-half after he also captained the side in the first three Super 14 matches.

Wessel Roux is likely to take over at loosehead prop from Engels, while Pedrie Wannenburg will replace Wasserman on the flank.

Meyer could even opt to include Pierre Spies, who returned to loose forward this year after playing on the wing for a season r two.