Just a thread I thought I'd make out of boredom. Plus, I'm a huge fan of the Bond series, have been since I was <strike>a kid</strike> younger.

I thought Lazenby did a pretty good job. The worst Bond is Roger Moore.
Yeah, you heard!
I thought Chris Cornell's song was pretty decent too.
And Toby Stephens just looks like the general arrogant, public school ****** you'd love to take to the cleaners.
G

The worst bond for me is Timothy Dalton...on the right.

and again below he is the one bottom left corner

Timothy Dalton is surely THE ugliest of the lot....here is a better (or worse) picture.

I have to watch and re-watch a lot of films still, but here goes:

Haven't seen any of the Timothy Dalton ones, I'd pick Roger Moore as worst Bond, the man was Ancient by the time he decided to finally give it a rest :s Dalton does look better with a moustache, I'll admit that.
George Lazenby wasn't all that bad, even if he only did one film. The kilt was pretty lethal though.

The best is indubitably Connery.

I liked Eva Green as a Bond Girl, though the girl in From Russia With Love was pretty good too XD Why I remember the ribbon I do not know.
Not really a bond girl but still: 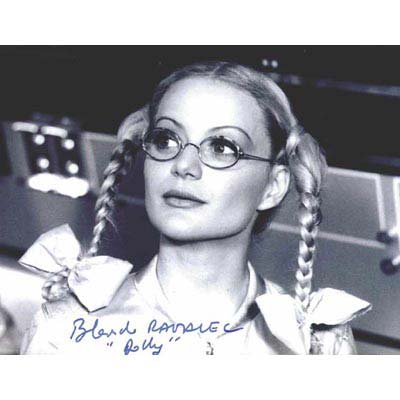 The combination of Jaws and her was hilarious
The worst was Denise Richards as 'Christmas Jones'. Mostly because I think she can't act.

I'm not a big fan of the Quantum of Solace song, so I'll nominate that one.
Best song? Toss up between the Shirley Bassey songs and 'The World is not enough' by Garbage.
B

Oh come on, that god-awful "Die another day" theme by Madonna must be the worst. Or the new one, it's not a Bond theme more a naff r&b/alt-rock mashup you would expect on VH1 at 3am. Living Daylights was also terrible.

I really liked the Chris Cornell theme. Much more then any of the above.

Live and Let Die is probably my favorite (theme) of the lot.
L

From the silent amazement to the disgusted grunts, I deduce similar feelings by almost everyone who was in the theatre Saturday.
I forgot about the Madonna one, agree with you on that one, not just an awful song but also a stupid video (then again, Madonna didn't make any good music since the mid nineties, at least not to me)
C

I really like the new song!
And Eva Green is bloody gorgeous, the scene when she walks to the poker table in that purple dress I used to watch on loop. Amazing!!!
Used to do the same for Sienna Miller on the dance floor in Layer Cake.
G

I really like the new song!
And Eva Green is bloody gorgeous, the scene when she walks to the poker table in that purple dress I used to watch on loop. Amazing!!!
Used to do the same for Sienna Miller on the dance floor in Layer Cake. [/b]
Click to expand...

I have no idea who you are talking about.

I must be a barbarian...time to google....the great teacher Mr Google.
C

First 4 minutes, after that it's rubbish. The alternative endings are pwp compared to the cinematic version.
S

so much of how you like each bond is down to the style of the film and the script. Personally i like Daniel Craig and Timothy Dalton best as Bond because i like that darker side of Bond. Connery is good, has the advantage of being the first (and hence "classic") bond but for me wasn't exactly a diverse actor. His main strength was that distinctive voice.
S

Damn straight. Whenever I think of Bond I think of Connery uttering that famous phrase...

Also, I thought the darker side - i.e. with Dalton in License to Kill was a bit too far for a 'Bond' movie. It seemed out of place when SPOILERZ ===> (That guy was grinded to pieces in that machine... It was kind of graphic; 'specially for a Bond movie. Also, where Felix was 'half'-fed to a shark.)

Though I love the turn the series has taken with Craig.
Personally, Casino Royale is my favourite Bond movie since The Man With The Golden Gun.
A

Everything about Die Another Day is just plain awful, the thing with Bond films previously was that there was some element of reality involved, as in you could actually see some of these things happening in reality then along comes Die Another Day and just takes that out of the stratosphere, I mean turning a Korean into an Icelandic, whose acid trip idea was that. Simply awful, awful film and made Brosnan's credibility as a decent Bond take a serious nosedive.

Lazenby was an awful Bond and they really took the **** in that film as well by marrying off Bond at the end and it really looked like at the end of the film they thought, oh ****, we have a proper franchise here so we better kill her off.
M

Any from Die Another Day .. but since that movie doesn't count in my book, I'll go with Elektra. Not that Sophie Marceau isn't attractive anyway, I just didn't like the character.
N 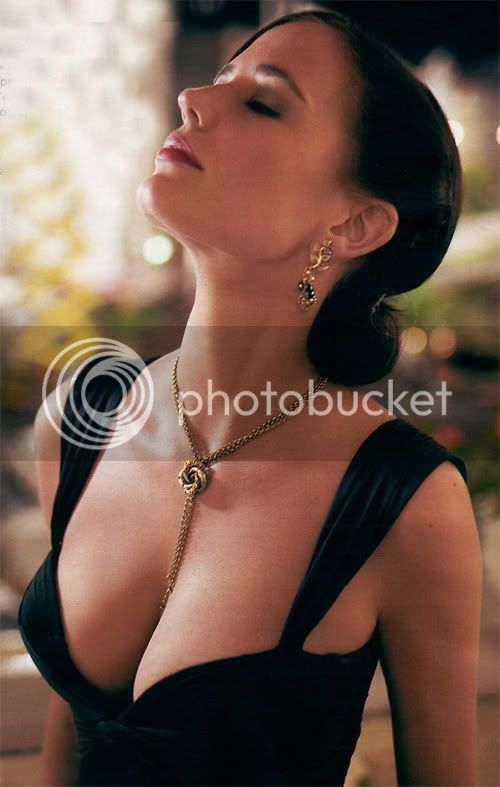 Best Bond: Sean Connery without a doubt. Totally apitomised the classy and glamorous aspect of the late 1950s/early 1960s as seen in Dr No and Goldfinger. Almost as if the movie role was written for him.

Worst Bond: Timothy Dalton. Trendy Shakesperian actors do not make good Bonds. This one tried to shake up Bond to make him more in line with the times and flopped as a result. Didn't help that the scripts were rubbish too but he just honestly didn't pull off the role at all, spending most of his time smirking like a gimp or looking as frustrated as a constipated five year old.

Best Bond Girl: Eva Green. Oh my god, that slightly distressed/perturbed look on her face. That lovely body, that hair, those eyes. It makes the knees go weak and your suit of armour go "PING" around the metallic cup if you're into medieval jousting...

Worst Bond Girl: Erm..yeah, insert any forgettable Bond girl from any of the frankly forgettable Roger Moore Bond Films which, to be honest, you only watch either when drunk or during Christmas Day anyway.

Best Bond Villain: Jonathan Pryce who played Elliot Carver in Tomorrow Never Dies. Just found the way Pryce acted the role really good, the assured confidence and arrogance of the man as well as the quiet simmering contempt and rage was done much better than other Bond Villains who tend to act way too cool when they're meant to be seething with anger. Also, the way he replied to good news with the word "delicious" has entered my vocabulary at work, much to my workmates distress.

Worst Bond Villain: Gustav Graves. Utter w*nk to be honest. Concept is utterly stupid and unbelievable anyway. "Lookit me! I was Korean but now I look like a Brit with an impeccable accent!" he cries and the rest of the world groaned and face palmed in response.

Best Bond Film: Goldeneye and Goldfinger come close but Dr No shades it for me. All of it is done perfectly for me and its all slightly believable with this lovely dab of Old world politics added in for good measure. Last hurrah of doing business the Gentleman's way before future storylines became a never ending story of preventing "global war" between the USA and Russia

Worst Bond Villain: Herr Stamper. Spent most of the time looking like a dull Venga-Boys reject or making funny faces and eyebrow waggling at either Bond or whats-her-name out of Crouching Tiger. Funny to look at but you want more from a villain which...

..brings me to Bond Villain worth a mention: That German assassin bloke out of Tomorrow Never Dies who is "Der professional, ja?" Hilarious, I loved the guy even if he was a pretty random addition to the film. Really wish Bond hadn't have killed him so he could come back and botch some more assassinations. No joy however...
C

I think her left boob looks dodge though...
Q

Everything about Die Another Day is just plain awful, the thing with Bond films previously was that there was some element of reality involved, as in you could actually see some of these things happening in reality then along comes Die Another Day and just takes that out of the stratosphere, I mean turning a Korean into an Icelandic, whose acid trip idea was that. Simply awful, awful film and made Brosnan's credibility as a decent Bond take a serious nosedive.[/b]
Click to expand...

Agreed, it was a shocker. Just not real at all and the invisible car did it for me.

Goldeneye was my favourite.

A
Worst Jersey of the Year