The infamous Wild West period of the United States began after the Civil War ended in 1865 and continued on until the Henry Ford's Model T arrived in that part of the country in 1909. Some say technology is what finally tamed rowdy towns like Dodge City, Kansas, Tombstone, Arizona (shootout at the OK Corral) and Deadwood, South Dakota, etc.

Nuts that this video is showing people as they were 120 years ago. Closest we'll ever get to a time machine.

Even older. Also always a laugh looking back and what people said the future would be:

The tech to upscale these old videos to 4k, 60 FPS, adding colour and sound to them really do bring them to life is pretty incredible. Peter Jackson did this for They shall not grow old WW1 film.

the use of AI and deep fake to bring Elizabeth 1 and Henry VIII, Ann Boleyn to life:

Only voice recording of Queen Victoria? Very bad quality. Can only make out “I have never forgotten.”

My favourite piece of history orchestrated by my favourite Fenian. Devoy's biography provides an excellent insight into the Irish-American diaspora at the end of the 19th and early 20th century as well.

Mary Mallon was born in 1869 in Ireland and emigrated to the US in 1884. She had worked in a variety of domestic positions for wealthy families prior to settling into her career as a cook. As a healthy carrier of Salmonella typhi her nickname of “Typhoid ...

The story of Typhoid Mary Mallon. 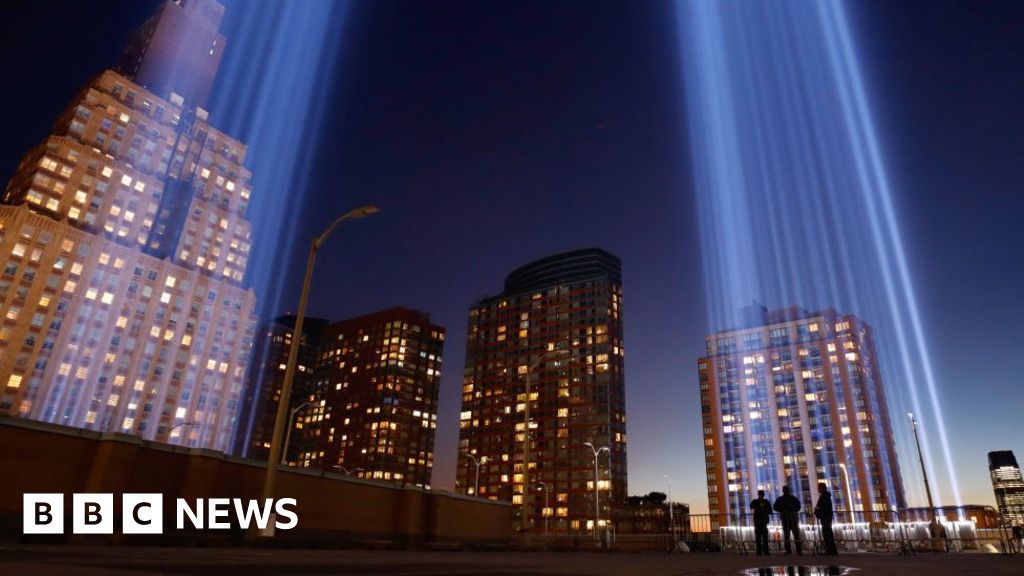 9/11 anniversary: Biden calls for unity as US remembers attacks

The president pays tribute to the 2,977 victims on the eve of the 20th anniversary of the attacks.
www.bbc.co.uk

20 years ago today. How time has flown. I was working a summer job in Yates and remember watching it unfold on the big screen in disbelief.

Was in the WTC 1 year before and remember going through the lobby and asking a security guard how to get out.

9/11 anniversary: Biden calls for unity as US remembers attacks

The president pays tribute to the 2,977 victims on the eve of the 20th anniversary of the attacks.
www.bbc.co.uk

20 years ago today. How time has flown. I was working a summer job in Yates and remember watching it unfold on the big screen in disbelief.

Was in the WTC 1 year before and remember going through the lobby and asking a security guard how to get out.
Click to expand...

Watched the first episode of the new Netflix doc last night. It mainly went through the motivations of Afghan extremists and Bin Laden to attack the States. What struck me is that they've been making the same mistakes in Afghanistan for nearly 40 years now.

I remember flicking the news on looking for the weather and whether I should cycle or drive into Uni, and just sitting my arse down in shock, 2nd plane hit about 10 minutes later.
I never got into Uni that afternoon

At the time, I assumed it was the anti-capitalist protests getting way out of control, as they had been everywhere, and getting a little OTT.

There was a terrorist bomb attack on the WTC car park IIRC before 911. I remember when I heard there was an incident at WTC I thought it was going to be something similar to before not knowing how horrific it would turn out to be.
B

The_Blindside said:
There was a terrorist bomb attack on the WTC car park IIRC before 911. I remember when I heard there was an incident at WTC I thought it was going to be something similar to before not knowing how horrific it would turn out to be.
Click to expand...

Based on the true story of https://en.wikipedia.org/wiki/Operation_Mincemeat 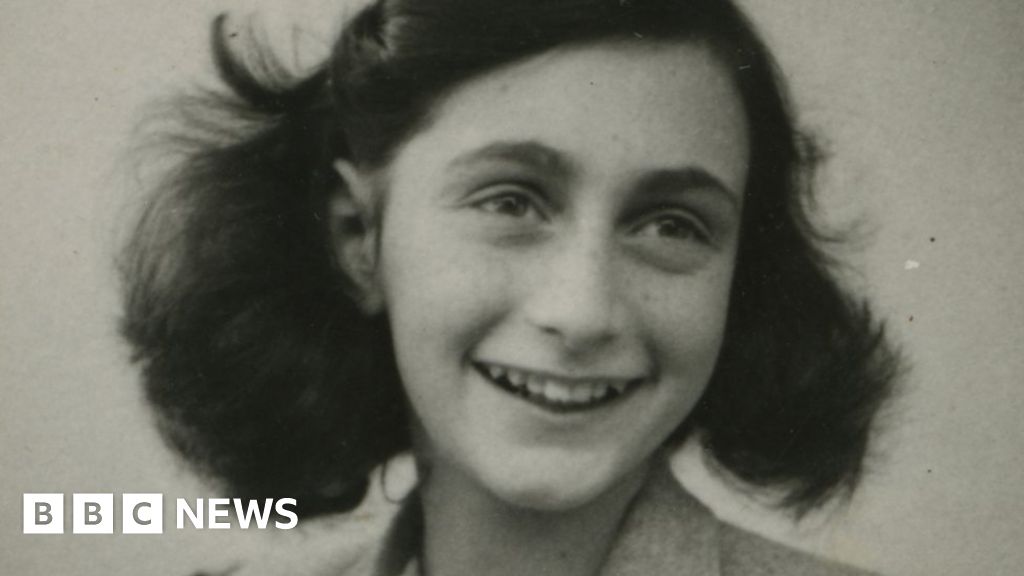 A new investigation identifies a suspect who may have told the Nazis about the Jewish diarist's hideout.
www.bbc.co.uk

I'm getting cabin fever being off work, which means discovering new threads and making over long posts.

I am mildly fascinated by advances in DNA analysis and what it tells us about human migrations in ancient times in particular. They should be teaching this stuff in schools because it really underlines how fairly irrelevant linguistic differences and geographic boundaries are in defining 'a people'. My highlights from my limited novice understanding include:

i) that all modern day native Europeans are essentially a result of interbreeding between native hunter gatherers (the earliest Europeans), farmers who later spread out from Turkey and a later migration from Central Asia. The exceptions we know of are Basques (remained largely isolated and distinct somehow) and Romani (from northern India originally).

ii) that the DNA of ancient peoples from Portugal journeyed to Brittany, Cornwall, Wales, Ireland and west Scotland. So there are minor distinctions in some of the genetic origins of different people in the British Isles.

iii) that Polynesians are believed to have originated from ancient indigenous tribes in Taiwan (who still exist today despite the Han migration to the island).

iv) that there are at least 5 key ancient peoples in sub-saharan Africa, that have likely been divergent since before the time of there ever being humans in Europe. So the differences between these five truly ancient groups can be said to be deeper than those between Africans and Europeans. Also, that the only pure homo-sapiens are indigeneous people from sub-Saharan Africa. Everyone else, without exception, has DNA that has mingled with Denisovans (some of Australasia) or Neanderthals (everyone else on the planet)

v) that the distinctive East Asian appearance is a result of ancient peoples settling in Siberia very early on then developing facial features that are better adapted to the cold (smaller noses and ears, protection for the eyelids), before migrating into East and South East Asia.

vi) My favourite. That Native Americans (from East Asia and Siberia) were not the first humans in the Americas at all. It was settled tens of thousands of years earlier by peoples related to those who became the aborigines of Australia. These very early settlers are believed to have made coastal settlements all way up the Pacific rim around the same time as others settled Australia. They then hopped over to Alaska, I think before the last ice age, and traces of them are found down the Pacific Coast of the Americas and down as far as the east coast of Argentina. Indigenous people in the Bolivian jungle have some of this ancient DNA in their system.

Very accessible (but a little dated) further info can be found at:

(All Europeans alive can trace their ancestry back to one of just seven women. In short, as we say in Scotland "We are all Jock Tamson's bairns" (i.e. respect different people)).

And (not currently available) 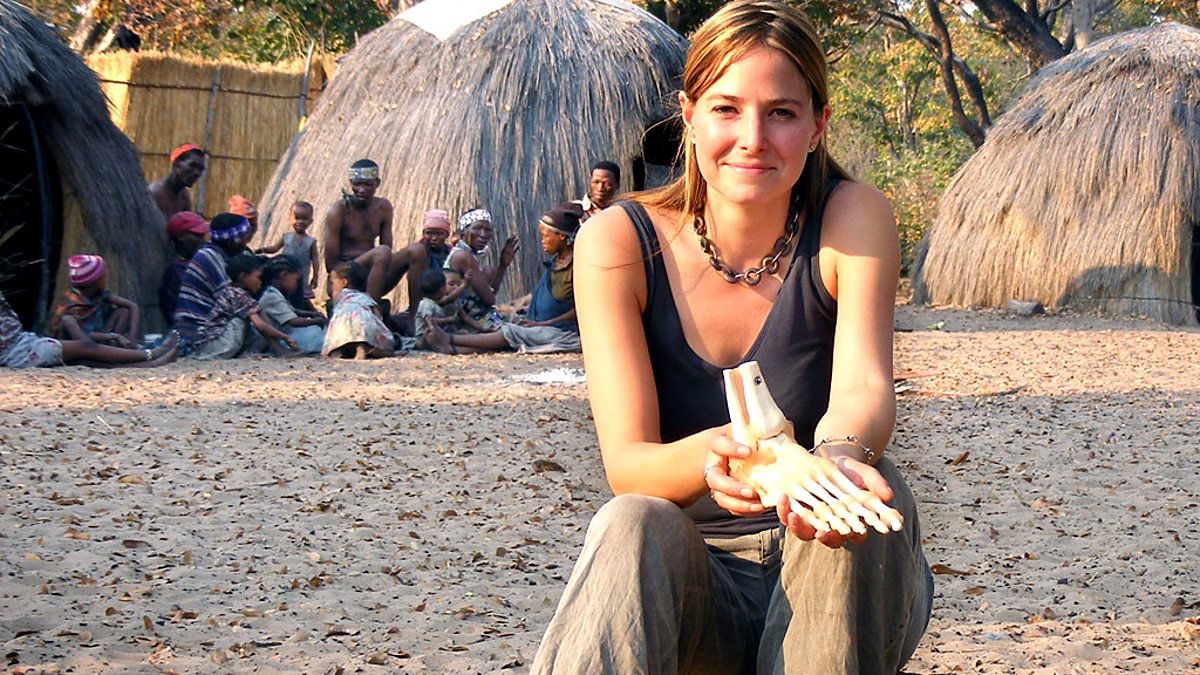 Dr Alice Roberts tells the story of how humans left Africa to colonise the world.

G
History of the Forum - a short retrospective
2 3