corny said:
Thats the headline i've heard reported in the Irish papers but as far as i can see he never used those words. This is what he said.... "It's in our hands, it's something that we have to sit down with the referees and discuss," Larkham said. "They might have a different opinion and every team in world rugby uses it and every team in Super Rugby uses it as well. "But for us I think it's two-fold. It's one, getting the kicks accurate so that our chasers aren't running between two or three guys, and then to bring it to the referees' attention just to make sure that everything is legal there. "I think Ireland did a fantastic job at slowing the ball down and again you've got to look at their tactics and say: is it something we need to bring up with the referee?"

From the bits in bold i took it that he meant speaking to Rolland (if he's still in the job).

Schmidt exercises his right more than any other coach i know. He regularly takes about 'seeking clarity' on decisions he's unhappy with games.
Click to expand...

Fair enough. Had read it different.

On squad. Kilcoyne has trained with squad this week. I wonder will he get bench spot. Also Will Addison has been in camp

Beirne confirms he's being seen as both a lock and a 6 by Ireland.

Amiga500 said:
The test series win is largely irrelevant in the bigger picture.

Even if it goes to crap and we learn that a few guys aren't at the level, then that is worth knowing now rather than then. Conversely, if we win with a wider squad selection, it puts pressure on the nominal starters to keep standards up.
Click to expand...

mate, you guys need to let go of this world cup obsession. you can't go waiting four years to actually care about the result of a game., and then when that four years comes it's pretty random, the best team doesn't necessarily win. saddest thing in rugby, this obsession with world cups. tests used to mean something. they brought back test series and apparently tests still mean nothing.

I’ll be gutted if we have a chance to win the series and spoil it by not going full strength or very near full strength with some exhausted guys getting rest. I suppose the nice thing about depth is you can rotate without a drop in quality, a few key positions aside.
Beating the Aussies in their own turf might not come around very often. Hope we take it at all costs.
A

Aye.... 'cos the Kiwis never bring up Wayne Barnes and that pass...

Addison trained with the Ireland squad this week
Thieving *****

So we're using promising English players as our tackle bags now. It's that little bit extra that will see us to the RWC.

Pick one
Wonder if he was in the area. Suppose Farrell is injured and Arnold just had surgery.

Groundhog said:
Pick one
Wonder if he was in the area.
Click to expand...

He was, but it was a last minute thing that just so happened to take in the cities that Australia were playing in on the weeks that they were playing there - considering the IRFU tapped him up at Sale it's not beyond the realms of comprehension to think they might have suggested that the beaches in Aus are lovely this time of year, and to maybe pack his boots n all.

TRF_Olyy said:
He was, but it was a last minute thing that just so happened to take in the cities that Australia were playing in on the weeks that they were playing there - considering the IRFU tapped him up at Sale it's not beyond the realms of comprehension to think they might have suggested that the beaches in Aus are lovely this time of year, and to maybe pack his boots n all.
Click to expand...

Certainly not beyond the realms of belief. IRFU usually has a hand in identifying all IQ talent abroad and hooking them up with a province. I’m sure for a settled guy like Addison the promise of caps was a part of the negotiations. He’s certainly worth a shot. Wasn’t sure at first, but with how things have panned out a dedicated fullback like Haley may well get a shot soon too.
Kilcoyne was also on his holliers in Australia. Then again not as bad as the Entire Welsh Team luckily touring near the Lions.
M

i agree, you wouldn't see England picking players who have never played in England, was born in a different country and played age grade rugby for a different team.

MikeTheNative said:
i agree, you wouldn't see England picking players who have never played in England, was born in a different country and played age grade rugby for a different team.
Click to expand... 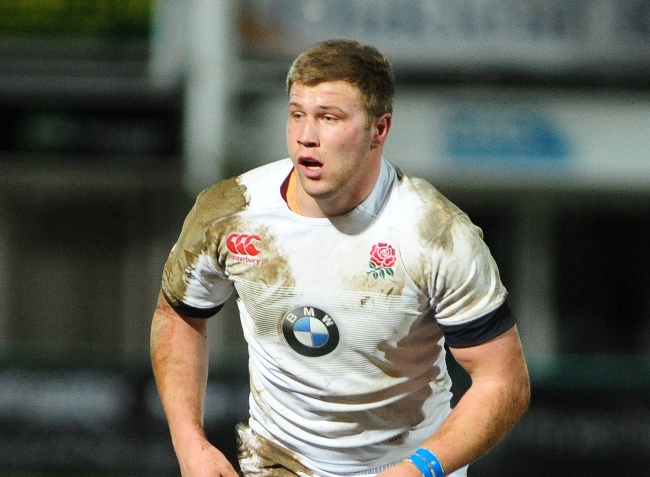 Do you know Ross Moriarty grew up in Wales? Im not dissing England for picking Shields it's in the rules but the hypocrisy is funny.

Born in England, came through the English academy systems, played for England u20s.

What hypocrisy? Ive been joking about it since it was announced several months ago
M

The thing is you'd think if Ireland are sniffing around all these English guys why England arent. Like Ireland are ranked higher.
But on serious note maybe it goes to show how different the 2 nation's are now in setting up their player pools and managing them.
M

Bit of a bizarre team. Sad that we didn't really get to see Cooney have a go but I'm sure he'll have a crack in November. Can't say I feel confident though, PoM is not a 7...
M

POM is s strange call as we've tried that slot in Munster and no success. Jordi may be should've started with CJ on bench.
Pity no 15 will be developed or 9 but c'est La vie.
Ringrose is s loss as other 2 lads are not gelling together

I don’t think he has that selection right at all to be honest. Not much to be done about missing Ringrose, but POM at 7 is dodgy. Not sure we’ll win this.

Yep, it's a shame Ireland have to resort to starting their 4th choice openside behind Sean O'Brien, Josh van der Flier and Dan Leavy even if he is the captain and pilfered three balls last week. O'Mahony is in good form. I've no issues at all with the backrow selected even if the 6 and 7 aren't in their best positions.

No excuses. If Ireland lose, it's because they aren't good enough because every team has to deal with injuries. I think Ireland will win a very close game.

Agree with muff that it would have been nice to see another 15 and 9 given a start over the series but at this point, winning the series is more important than player development. A test series win in Australia is another key step forward for this squad and supercedes giving a start to Kieran Marmion who has already played 22 times for his country or Jordan Larmour who has 120 minutes on the field in this tour already.